Azerbaijan has right to use its armed forces to take back its legally acknowledged territory - British journalist
Read: 3083 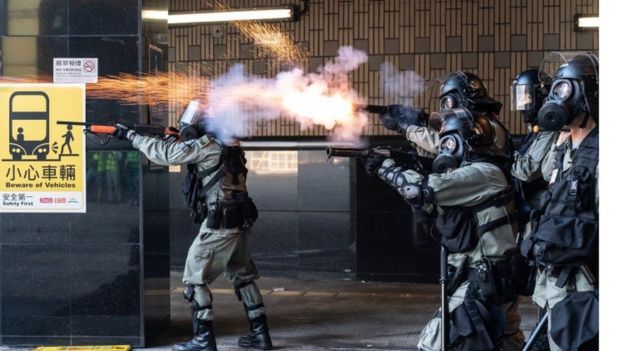 Police are surrounding a Hong Kong university campus after a fiery overnight stand-off with hundreds of protesters inside, Eurasia Diary reports citing BBC.

Dozens of protesters tried to leave after sunrise but turned back as police fired tear gas and rubber bullets.

The police said tear gas was fired because "a large group of masked rioters...suddenly charged at cordons".

Earlier, police tried to enter Polytechnic University (PolyU) but were met with petrol bombs and bricks.

The acting president of PolyU's student union Ken Woo told broadcaster RTHK that at least 500 people remained inside the campus.

He said fresh water was available, but food supplies were running low. Demonstrators have been occupying the site for days, as Hong Kong's violent protests continue to escalate.

On Monday afternoon, police said protesters could leave the campus via Cheong Wan Road South Bridge - but urged them to drop their weapons and remove their gas masks.

But Mr Woo said some had decided to stay put as they would be "arrested anyway" if they left.

Earlier, the head of the university, Professor Jin-Guang Teng, released a video statement to protesters, saying he had arranged a deal with the police.

If protesters left peacefully, he said he would "personally accompany" them to the police station where he would "ensure your case is fairly processed".