Hong Kong leader Carrie Lam has called on the roughly 100 remaining protesters to surrender. The siege has witnessed the most intense violence since anti-government demonstrations escalated more than five months ago. 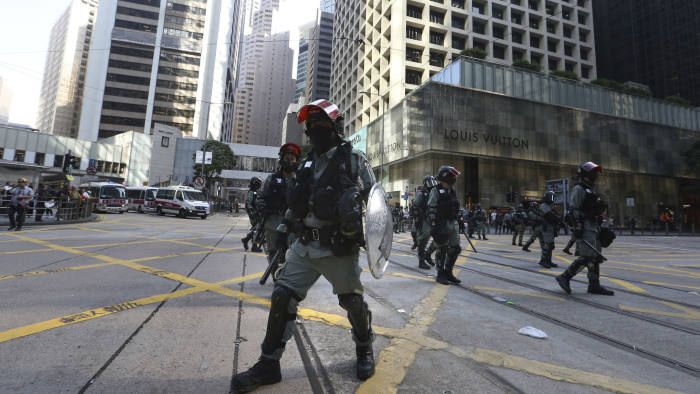 Police have surrounded the university in the center of the bustling Kowloon peninsula and are arresting anyone who leaves.

Lam said 600 protesters had left the campus, including 200 who are under 18 years old, adding that those under 18 would not be immediately arrested but could face charges later. The other 400 who have left have already been arrested.

"We will use whatever means to continue to persuade and arrange for these remaining protesters to leave the campus as soon as possible so that this whole operation could end in a peaceful manner,'' Lam said after a meeting with her advisers.

She warned campus protesters must surrender if there was to be a peaceful resolution.

"This objective could only be achieved with the full cooperation of the protesters, including of course the rioters that they have to stop violence, give up the weapons and come out peacefully and take the instructions from the police," she told a press conference in her first comments on the standoff.

The new phase of the protests has led to chaos throughout Asia's financial hub, with schools closed, train lines disrupted and major roads blocked by barricades. Social unrest has caused havoc across the city for more than five months.