'Whoever is hurting us - will be hurt' - Netanyahu slams Iran | Eurasia Diary - ednews.net

Azerbaijan has right to use its armed forces to take back its legally acknowledged territory - British journalist
Read: 3310

In 2018, Russia and Japan were closest to signing peace treaty
Read: 271

'Whoever is hurting us - will be hurt' - Netanyahu slams Iran 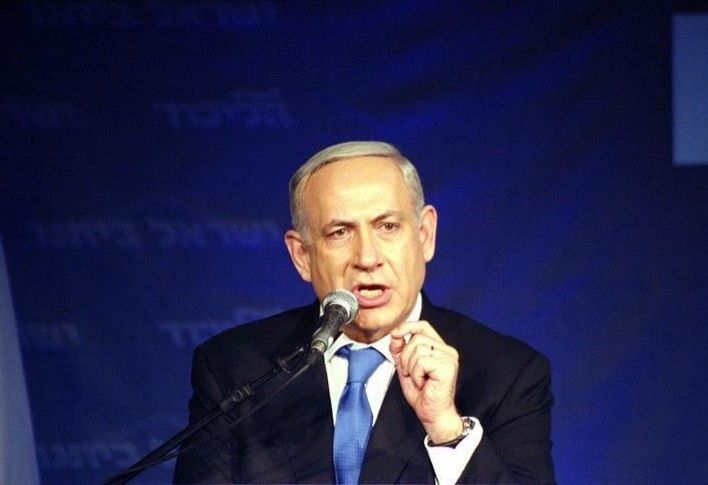 The development comes just a day after the Israel Defence Forces claimed that the Iron Dome air defence system had intercepted four projectiles allegedly launched from Syria. Damascus has yet to comment on these claims, Eurasia Diary reports citing Sputnik News.

Israeli Prime Minister Benjamin Netanyahu has taken to Twitter to comment on the IDF strike against "dozens of military targets" allegedly belonging to Iran's Quds Force, an elite unit in the Revolutionary Guards Corps, and the Syrian Army.

"I made it clear that whoever is hurting us - will be hurt. This is what we did tonight against military targets of Iranian Quds force and Syrian military targets in Syria after last night's rocket launches were launched at Israel. We will continue to maintain Israel's security firmly," Netanyahu tweeted.

His comment follows an early Wednesday statement issued by the Israel Defence Forces (IDF), announcing that Israeli jets had pounded Syrian territory, attacking dozens of military targets allegedly belonging to Iranian and Syrian forces. Neither Damascus, nor Tehran have commented on the strikes so far.

According to the IDF, the targets included air-to-air missiles, warehouses, and various military facilities.

​The Israeli military said in the statement the air raid came in response to earlier rocket launches allegedly carried out by Syrian forces from Syrian territory that targeted Israeli territory.

The IDF blamed the "Syrian regime" for the attacks, vowing to continue "operating firmly and for as long as necessary against the Iranian entrenchment in Syria."