Murderer of Soleimani killed in US plane downing in Afghanistan
Read: 1617

US Air Force use Mi-24 helicopters to simulate enemy in drills
Read: 560

Terrorists took bodies of martyred soldiers, which could be found 58 days after attack in northern Syria in 2018 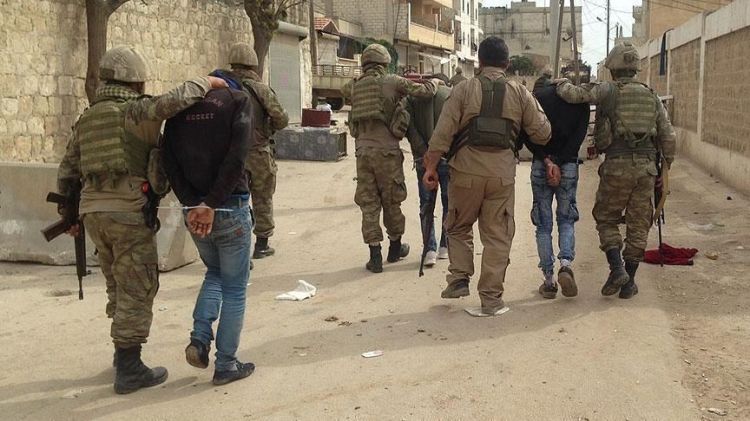 Turkish security forces caught 11 PKK/YPG terrorists behind an attack that martyred two Turkish soldiers in northern Syria, the Turkish Interior Ministry announced Wednesday, Eurasia Diary reports citing Yeni Shafak.
The terrorists were involved in an attack in the district of Afrin on Jan. 23, 2018 that left a Turkish lieutenant and specialist sergeant martyred.
They had taken with them the bodies of the soldiers, which could only be found 58 days later.
Video footage aired on a channel used by the terrorists showed them placing the bodies into a vehicle.
The terrorists involved in the attack were caught in subsequent investigations.
According to the terrorists' testimonies, it was PKK/KCK-PYD/YPG operative Duzyer Kurdi -- using nom de guerre Zeynel -- who was seen carrying the bodies of the soldiers to the vehicle on the footage.
Kurdi was later caught in a counter-terrorism operation in Mamalusagi village in the Rajo region, Afrin.
In its more than 30-year terror campaign against Turkey, the PKK -- listed as a terrorist organization by Turkey, the U.S. and EU -- has been responsible for deaths of 40,000 people, including women, children and infants. The YPG is the PKK’s Syrian offshoot.