Suriname president gets 20 years in jail for murder 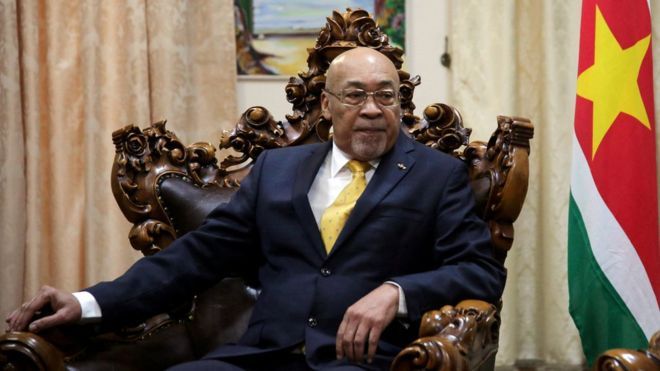 Suriname's President Desi Bouterse has been sentenced to 20 years in prison over the execution of 15 political opponents in 1982, Eurasia Diary reports citing BBC.

Bouterse, 74, is currently on an official visit in China and will have two weeks to appeal against the conviction.

He was found guilty of planning and ordering the extrajudicial execution of 15 political prisoners.

The president has previously denied the allegations.

He claimed the victims, who included lawyers, union leaders and journalists, were shot while trying to escape a colonial-era fortress in Paramaribo, the capital of the South American country.

Bourtese led Suriname during the 1980s as head of a military government and de facto leader.

He took office as president in 2010, following a democratic election and was elected for another term in 2015.