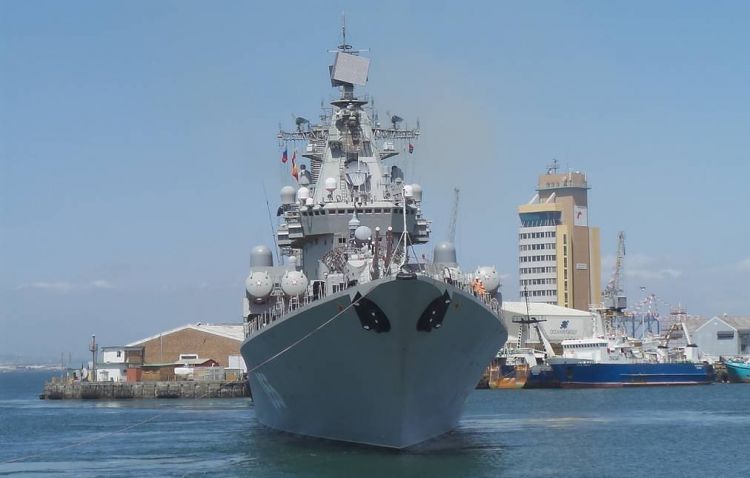 "The international exercise was completed after a final conference on board South Africa;s Amatola frigate, during which sailors of the three nations summed up the results of combat drills at sea," the press service said in a statement.

The maneuvers continued for three days off the Cape of Good Hope in the southern Atlantic. Among other things, the vessels practiced tactical maneuvering, live firing, air defense and measures to ensure safe navigation. They also practiced a rescue mission and an anti-terrorism operation.

After the first joint drills of the navies of Russia, China and South Africa are over, the Northern Fleet’s naval group comprising the Marshal Ustinov missile cruiser, the B-406 rescue tug S and the Vyazma tanker will set off for the Northern Atlantic.

The Northern Fleet’s naval group led by the missile cruiser Marshal Ustinov left the Fleet’s main naval base of Severomorsk on July 3 to take part in Russia’s main naval parade in St. Petersburg. After the parade, the crews of the cruiser and the support vessels took part in the Russian Navy’s Ocean Shield-2019 large-scale drills.

Over the period of two months, the Northern Fleet’s naval group held a series of drills in the Mediterranean and visited Algeria, Egypt, Turkey, Greece and Cyprus. In the Atlantic Ocean, the Fleet’s naval group made business calls at the ports of Praia in the Republic of Cabo Verde and Malabo in Equatorial Guinea.