India is ready to abandon the Su-57 and focus on buying the American F-35s
Read: 550

Climate change near 'point of no return - UN chief

Antonio Guterres has taken the world's major economies to task for not "pulling their weight" to reduce emissions. Ahead of the COP25 climate summit, the UN head said we were rapidly approaching the "point of no return." 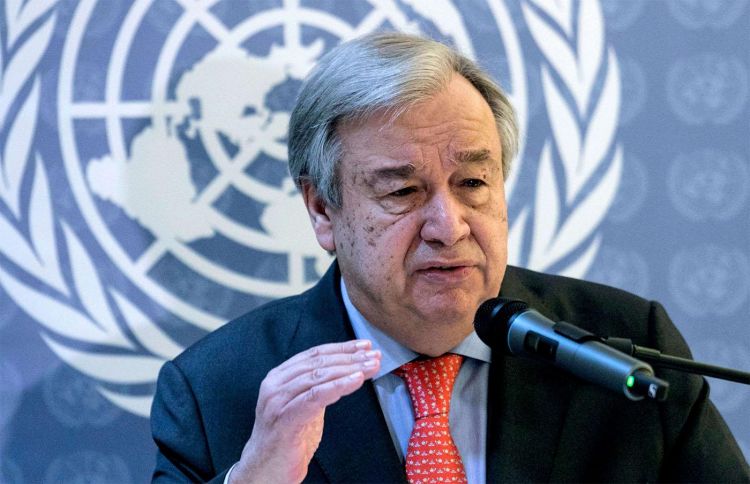 "We are confronted with a global climate crisis and the point of no return is no longer over the horizon, it is in sight and hurtling towards us," said United Nations Secretary-General Antonio Guterres on the eve of the two-week COP25 global climate summit in Madrid, Eurasia Diary reports citing Deutsche Welle.

"Our war against nature must stop, and we know that it is possible," he said Sunday. "We simply have to stop digging and drilling and take advantage of the vast possibilities offered by renewable energy and nature-based solutions."

Across the globe, catastrophic weather patterns — from floods to fire to extreme droughts and heavy snowstorms — are wreaking havoc on both human and animal life. Scientists are warning that the world is running out of time to reverse the worst possible effects of man-made climate breakdown.

Guterres took member nations to task for not sticking to the 2015 Paris climate agreement, which calls on a limit to fossil fuel use in an attempt to curb global temperatures increases.

'World's largest emitters are not pulling their weight'

"We also see clearly that the world's largest emitters are not pulling their weight," he said, "and without them, our goal is unreachable."

The world's largest carbon emitter is China and the second-largest, the United States.

At last year's UN climate summit in Katowice, Poland, member states drew up a framework for monitoring emission reductions and made plans for further cuts in the future. However, there has still been no agreement on key elements like putting a price on CO2 emissions that could allow carbon taxes to be traded between countries.

On Friday, mass rallies were held around the world as people called on their governments to address climate change before it's too late.