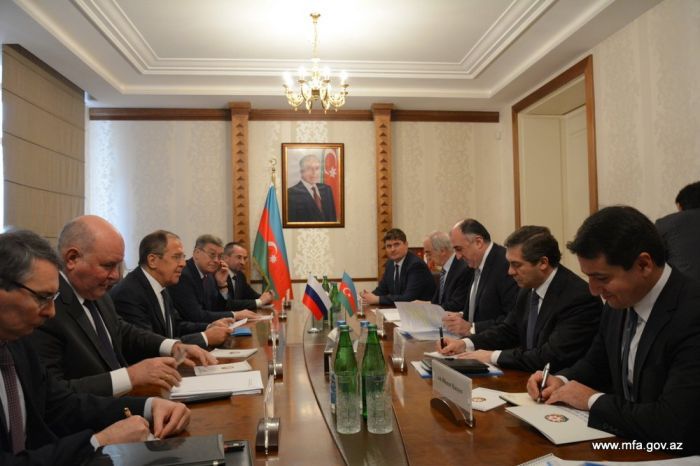 Mammadyarov made the remark at a joint press-conference with Russian Foreign Minister Sergey Lavrov in Baku.

"There is a very solid legal basis between the two countries,” the Azerbaijani minister added. “As for the economy, I can say that trade turnover is growing. There is hope that trade turnover will reach $3 billion by the end of the year. Azerbaijan is Russia's main trading partner in the South Caucasus."

“The parties discussed international issues, the Armenia-Azerbaijan Nagorno-Karabakh conflict and the development of events in this situation,” the Azerbaijani minister said.

"The current situation with the Nagorno-Karabakh conflict does not lead anywhere," Mammadyarov said.

The 1994 ceasefire agreement was followed by peace negotiations. Armenia has not yet implemented four UN Security Council resolutions on withdrawal of its armed forces from Nagorno Karabakh and the surrounding districts.