Azerbaijan has right to use its armed forces to take back its legally acknowledged territory - British journalist
Read: 2828 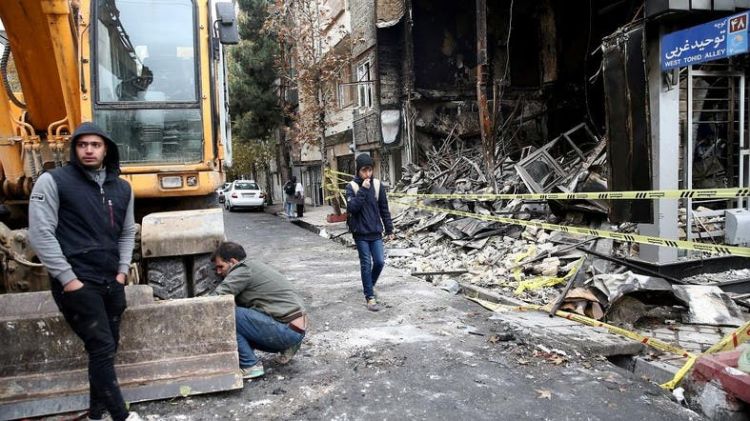 Leaders of a group “planning unrest” at universities in Tehran this weekend have been arrested, Iranian authorities said on Tuesday, adding that many of the 2,021 people detained in the area around the capital in unrest last month were released, Eurasia Diary reports citing Al-Arabiya

The intelligence ministry said the leading members of a group planning disturbances at universities in Tehran and in other parts of Iran on the country’s annual students’ day on December 7 had been arrested, according to the official IRIB news agency.

During the recent protests, the group had planned to draw students off the campus of Tehran University “to create unrest,” a ministry statement said. It gave no further details.

Tehran province governor Anoushiravan Mohseni Bandpay meanwhile said many of the 2,021 people arrested in Tehran province in unrest kicked off by a hike in fuel prices had been released, according to the semi-official Mehr news agency.

“In the recent unrest 2021 people were arrested, many of whom were arrested for the first time based on (their) ignorance and in an emotional atmosphere and were immediately released,” Bandpay said.

In what may have been the biggest anti-government protests in the 40-year history of the Islamic Republic, demonstrations began on Nov. 15 after the government announced gasoline price hikes.

But the protests quickly turned political, with demonstrators demanding the removal of the top leaders of the country, one of OPEC’s biggest oil producers.

The spokesman for the Iranian judiciary, Gholamhossein Esmaili, told a news conference broadcast live on state TV that 300 people arrested during the protests were still in custody in Tehran, although the majority of those held had been freed.

An Iranian parliamentarian said last week that up to 7,000 people were arrested in the unrest and rights group Amnesty International said on Monday that at least 208 people have been killed across the country.

Iran has rejected figures on the number of people killed in the unrest but has given no official death toll.