daily news
NASA’s Mars InSight Lander to Push on Top of the ‘Mole’
Azerbaijanis in UK held rally in London protesting crimes in Khojaly - PHOTOS
Joint German, French and Russian discussions held on Libya
We don’t mind setting up US base in Libya - Libya Interior Minister
"When it comes to bone-chilling winds, Chicago has nothing on Baku" - Mexican journalist
Iran keen on expansion of ties with Shanghai Cooperation Organization
Death toll from coronavirus in Iran climbs to 8
Russia will not host New Libya Peace Conference - Diplomat
﻿

Unknown fighter jets tried to attack the Russian air base in Syria
Read: 2493

U.S. base in Iraq hit by rocket attack 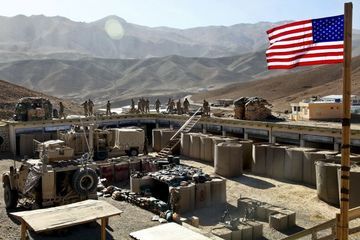 No casualties were reported, it added, giving no further details.