Trip to London for NATO summit was very successful 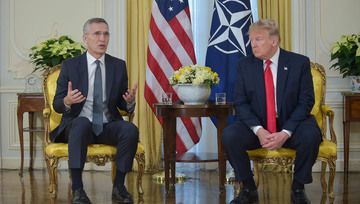 According to the U.S. leader, "the fake news media is doing everything possible to belittle" his "very successful trip to London" for NATO. "I got along great with the NATO leaders, even getting them to pay $130 billion a year more, & $400 billion a year more in 3 years," Trump said. "No increase for U.S., only deep respect!" he stressed.

It is not known whom the group are talking about, and none of the world leaders appeared to realise the conversation was being recorded, the Guardian reported.