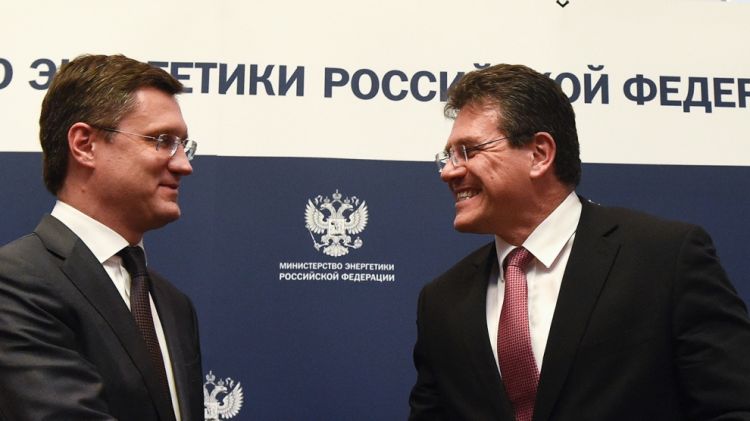 According to the agreement signed by Ukrtransnafta CEO Mykola Gavrilenko and Transneft vice president Sergey Andronov, the flow of Russian crude oil will be resumed for 10 years starting from January, with all principles of cooperation remaining unchanged.

Russian oil transit to Europe briefly in April stopped after several Central and Eastern European countries decided to halt imports due to contamination on the Russian side.

“The conclusion of the additional agreement guarantees the safe and sustainable operation of the oil transportation system of Ukraine on a long-term basis, creates the basis for loading of the company’s main oil pipelines with transit volumes of oil towards European countries and provides a long-term stable source of income for Ukrtransnafta.

The announcement comes as Ukraine and Russia are yet to agree on a gas transit deal since the current deal expires at the end of the year.

Speaking in a TV interview on November 30, Mr Orzhel said that if the two countries were to negotiate direct deliveries as part of a complex package with the future of Russian gas transit to Europe via Ukraine – which is how Russia would discuss it, the price of directly purchased Russian gas must be mandatory and linked to European indicators.

“We can no longer get a political price in any case,” he told Ukrainian TV show host Savik Shuster.

While Ukraine and the EU aim for a long-term agreement, the Russian government suggested renewing the current deal or signing a short-term one for the next year, as well as dropping all legal claims between Naftogaz and Gazprom.

Following a meeting between Mr Orzhel and Russian energy minister Aleksander Novak in Vienna, Naftogaz, Ukraine’s national energy holding said that there was “a long way to go” until reaching an agreement with Russia.

Ukraine has three billion US dollars of claims from Gazprom which might be paid in gas supplies.