Iraq's Kurdish region to hand over oil to Baghdad 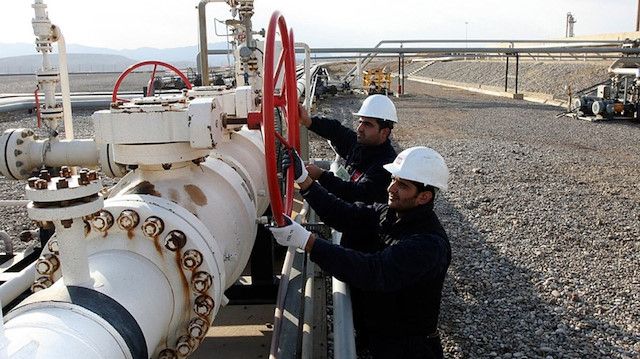 Iraq's Kurdish Regional Government (KRG) has reached an agreement with Baghdad on the budget and oil, which includes providing Baghdad 250,000 barrels of oil per day for the first time since 2014, said the region's finance minister on Thursday in a conference, Eurasia Diary reports citing Yeni Safak.

According to Awat Sheikh Janab, the KRG agreed with the Iraqi government to deliver the amount of 250,000 barrels to the oil marketing company SOMO, starting from next year.

"With the adoption of the agreement as of 2020, there will be no problem regarding the payment of the salaries of employees in KRG," Sheikh Janab said.

He also stressed that "reducing the share of the Kurdish region in the financial budget was an unfortunate political decision," pointing out that "the share of the region's budget next year is the same as in the budget this year which is .67."

For his part, KRG's Cabinet Secretary Amanj Rahem said the region will contribute to raise financial revenues for Iraq, according to the agreement with the federal government on the budget and oil.

Last week, the two sides reached a preliminary agreement on the draft budget and oil, by which the region will deliver 250 barrels to the Iraqi oil marketing company SOMO. In return, Baghdad will stabilize the financial issue of the region by 2020.

The KRG have been exporting oil since 2014 amid opposition from Baghdad.