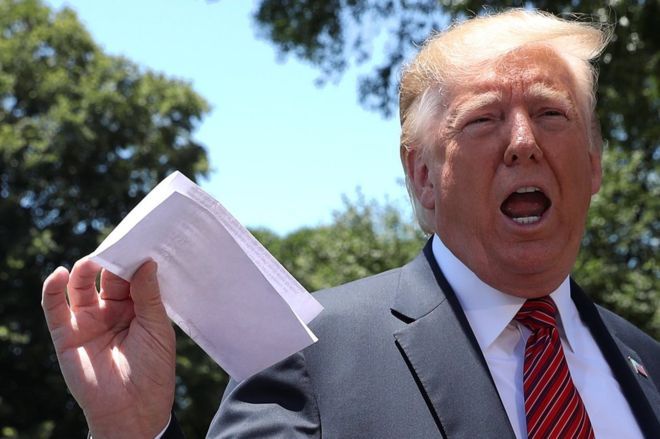 President Donald Trump announced Friday that he will "temporarily hold off" designating Mexican drug cartels as terrorist organizations as he said he would last week, Eurasia Diary reports citing CNN.

"All necessary work has been completed to declare Mexican Cartels terrorist organizations. Statutorily we are ready to do so," the President tweeted.

But Trump said he would hold off the designation at the request of Mexican President Andrés Manuel López Obrador, who he called "a man who I like and respect, and has worked so well with us."

Marcelo Ebrard, the country's foreign minister, thanked Trump via his Twitter account for postponing the designation. CNN has reached out to López Obrador's office for comment.

He wrote that the US and Mexico would "step up our joint efforts to deal decisively with these vicious and ever-growing organizations!"

Designating cartels as foreign terrorist organizations could lead to tougher financial penalties and legal ramifications in the US against those involved.

Trump told conservative radio host Bill O'Reilly last week that he would "absolutely" designate the cartels and "start hitting them with drones and things like that."

"I don't want to say what I'm going to do, but they will be designated," Trump said, adding that the US had offered the Mexican government "to let us go in and clean it out and (the President of Mexico) so far has rejected the offer. But at some point, something has to be done."

The President did not specify last week which cartels would be targeted. He said designating cartels would be justified over "losing 100,000 people a year" from drugs coming into the US and human trafficking.