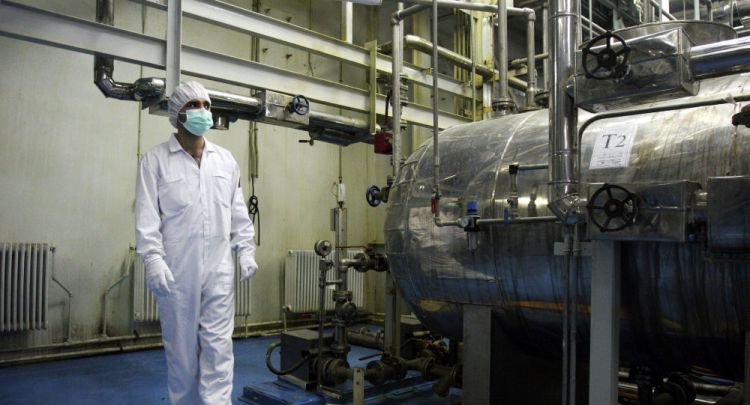 After the Trump administration in 2018 unilaterally exited the Joint Comprehensive Plan of Action (JCPOA), also known as Iran nuclear deal, Tehran began to roll back its commitments under the landmark 2015 accord, in a bid to persuade European signatories of the deal to assist the Islamic Republic to withstand re-imposed US sanctions, Eurasia Diary reports citing Sputnik News.

Amid the ongoing fourth stage of curtailing its nuclear commitments - which began with a pledge in July to gradually enrich uranium - the deputy head of Iran's Atomic Energy Organisation (AEOI), Ali Asghar Zarean, said Saturday that Iran will soon unveil "50 nuclear achievements".

“15 nuclear achievements will be displayed in the field of new generations of centrifuges, power plant, and heavy water [...] this exhibition will showcase a small portion of salient nuclear achievements carried out by domestic engineers which proves the amicable relations between the nuclear industry and academic centres”, Zarean said, as cited by the Mehr news agency.

Zarean reportedly pointed out that there will be 50 nuclear achievements overall, adding that the objectives of nuclear technology would not be realised without research and development.

“These projects are effective in meeting domestic demands”, Zarean said, as cited by the Mehr news agency.

Following the US withdrawal from the nuclear deal in 2018 and the reinstatement of economic sanctions, Tehran announced it would gradually abandon its nuclear deal obligations every 60 days, unless the other signatories helped to ensure Iran's interests.

The White House slammed Iran's approach as "nuclear extortion" and called on the international community to join Washington in pressuring the Islamic Republic.

US Secretary of State Mike Pompeo warned that the Trump administration would terminate its sanctions waiver for Iran's Fordow nuclear facility - reportedly Iran's main venue for the nuclear enrichment process - and called on the nation to immediately cease uranium-enrichment activities.

The decision was slammed by Iran's President Hassan Rouhani as a mistake and a violation of international law.

The US abandonment of the JCPOA has sparked increased tensions in the Middle East. Washington, without proof, blamed Iran for a series of incidents involving oil tankers this summer, as well as a 14 September drone attack on two major oil facilities in Saudi Arabia. Iran denied any wrongdoing. Washington has since built up its military presence in the Middle East, deploying additional troops and military hardware to counter, as the Pentagon claims, an "Iranian threat".