As Iraq protest casualty numbers rise, parliament speaker decries forces 'outside the framework of the state' 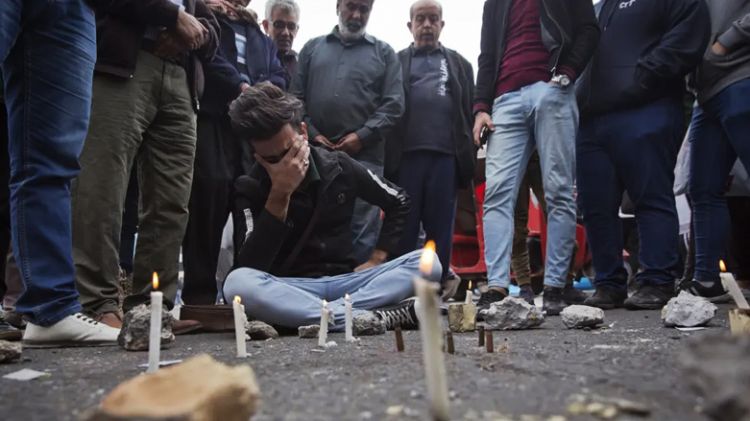 The security authorities have so far made no arrests for the killings, but the Ministry of the Interior said it was closely monitoring the situation, Eurasia Diary reports citing Kurdistan News.

On Thursday, just after supporters of Kata’ib Hezbollah, one of the most prominent Iran-backed PMF groups, briefly joined protests in Baghdad’s Tahrir Square, demonstrators say that 15 among the crowds were stabbed.

On Saturday, Iraqi Parliamentary Speaker Mohammed al-Halbousi released a statement condemning the violence and urging that “government and the security forces should take their role by force of law to maintain security and protect citizens, their property and capabilities, and to prevent any armed appearances outside the framework of the state.”

Earlier in the day, the Special Representative of the United Nations Secretary-General for Iraq, Jeanine Hennis-Plasschaert, strongly condemned the violence.

“The deliberate killing of unarmed protesters by armed elements is nothing less than an atrocity against the people of Iraq. The perpetrators must be identified and brought to justice without delay,” Hennis-Plasschaert said in a statement.

The incident occurred on the same day the US sanctioned three Iran-backed Iraqi militia leaders for alleged roles in the killing of protesters in various parts of Iraq. Washington has said they would be seeking further sanctions against entities involved in the deaths of demonstrators.

Although slightly limited in scope since they began in Baghdad in early October, the protests, which quickly spread to other major cities in southern and central Iraqi provinces, have been ongoing despite the resignation of Prime Minister Adil Abdul Mahdi. Last week, he said he had decided to step down as casualties from demonstrations rose to over 400 deaths and close to 17,000 wounded.

Iraqi forces have denied being behind a large part of the deaths of demonstrators, while PMF militias reportedly deployed snipers to shoot protesters, killing dozens at least, according to initial estimations in November.

Protesters have been calling for the expulsion of the political elite from power after years of rampant corruption, severe unemployment rates, and chronically poor public services.