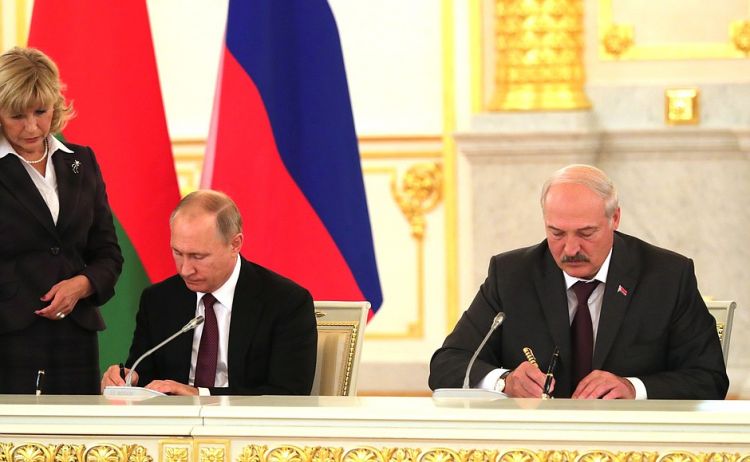 I hope that Belarus and Russia will get significant benefits from further integration in the Union State, Russian President Vladimir Putin said as he met with Belarus President Aleksandr Lukashenko in Sochi on 7 December, Eurasia Diary reports citing Belta News.

“I would like to express my hope that we will continue to do everything to make our people and countries feel close to each other, to continue the rapprochement, first of all, in the economic sector, and also in social matters, which is extremely important, and receive significant benefits from this integration,” Vladimir Putin said.

The Russian president stated that the meeting took place on the eve of the 20th anniversary of the Union State Treaty.

“The ministers and the prime ministers have done a lot to analyze what has been done under the Union State agreement, talked over what should be done to implement the things that has not yet been fulfilled under the document, what could be updated due to the changing circumstances, including our relations with other EAEU member states, and talk about our prospects.

I think our meeting is a landmark one in this context,” he added.

The meeting took place in the Bocharov Ruchey State Residence. Apart from the two heads of state the meeting was attended by the prime ministers and other representatives of the government delegations of the two countries.