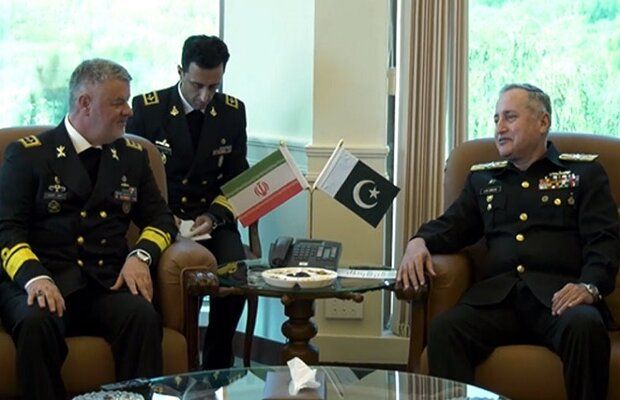 During the meeting, held at Pakistan’s naval headquarters in Islamabad, the military chiefs explored the ways for increasing the level of cooperation between the two neighbors’ marines, Eurasia Diary reports citing Mehr News.

The Iranian commander appreciated the role of the Pakistan navy for peace and stability in the region.

He was presented a guard of honor upon reaching the Naval Headquarters in Islamabad.

The Iranian and Pakistani navies hold strong bilateral ties and naval ships of the two countries regularly visit the ports of each other's states.

The Pakistani chief visited Iran in April to represent his country in the 6th Indian Ocean Naval Symposium. In 2018 the Deputy Coordinator of the Islamic Republic of Iran’s Army, Rear Admiral Habibollah Sayyari, visited Pakistan to attend 10th International Defense Exhibition and seminar, IDEAS 2018 in Karachi.