All I Want for Christmas is Nuke - Reports | Eurasia Diary - ednews.net

All I Want for Christmas is Nuke - Reports 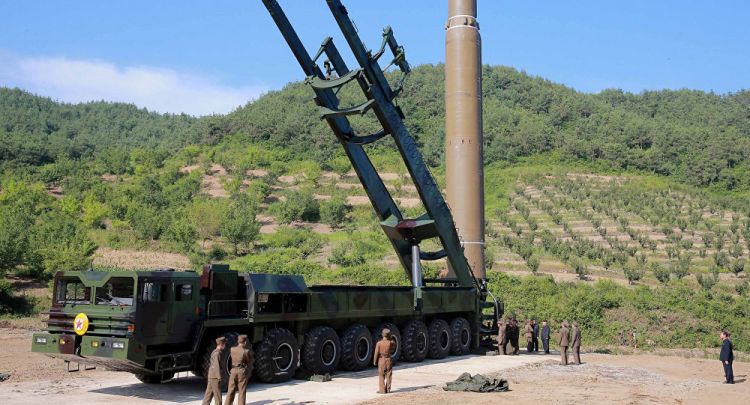 North Korea conducted two tests of a rocket engine for a presumably new type of a missile during a "very important" test on 7 December and may launch another before Christmas, the newspaper JoongAng Ilbo reported, citing a senior source in the South Korean government, Eurasia Diary reports citing Sputnik.

"After tests of rocket engine Paektusan on 18 March 2017, the DPRK launched a missile just four days later. Early this year, Pyongyang rebuilt the Tongchang-ri rocket site [known as Sohae Satellite Launching Station in North Korea] and has been showing signs of preparations for a launch of an artificial satellite since last month. Therefore, the DPRK, depending on the reaction from the United States and South Korea, may move 'to action' well before Christmas, as was previously stated", the source told the South Korean newspaper.

According to the source, Pyongyang started engine tests much earlier than expected. The tests were also carried out four days after North Korean Deputy Foreign Minister Ri Thae Song warned that "the US will receive a gift for Christmas depending on its choice".

A source close to South Korea’s military intelligence, meanwhile, told the newspaper that Pyongyang had conducted at least two different firing tests, "which may indicate preparations for launches of missiles of various ranges".

"North Korea described the current [rocket] engine tests as 'extremely important' and 'changing the strategic position'. If these statements are true, then Pyongyang can demonstrate several new missiles of various modifications", the source said.

Experts interviewed by the newspaper also recalled that North Korea had previously adopted a five-year programme for space exploration by 2021, but never launched a single satellite as part of it. Preparations are still reportedly underway. At the end of last year, US and South Korean intelligence purportedly obtained information that the DPRK was ready to launch a reconnaissance satellite called Kwangmyongsong-5.