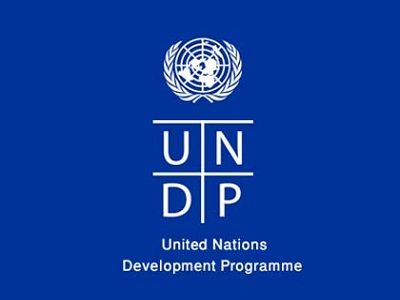 While the middle-income countries of Europe and Central Asia have achieved higher living standards than ever before, climate change and technological disruption could severely slow down their efforts to reduce inequalities, according to UNDP’s most recent global Human Development Report.
A shrinking middle class, high levels of informal and vulnerable employment, gaps in social protection, emigration of skilled and young workers, and perceptions of inequality before the law make inequality issues particularly pressing in the region, the Report shows.
Just as the gap in basic living standards is narrowing, new forms of inequalities are emerging, caused by uneven access to technology and education and exacerbated among poorer and more vulnerable groups by the climate crisis.
For instance, nearly 90 percent of the region’s energy comes from fossil fuels, and nearly 30 percent of land is classified as degraded. And while the region ranks in the middle tercile worldwide on research and development spending, its ratio of highly skilled to low-skilled workers is only half that of OECD countries— a gap which may become harder to close as technology advances in richer nations.
Entitled “Beyond income, beyond averages, beyond today: Inequalities in human development in the 21st Century,” the 2019 Human Development Report (HDR), released today, brings new approaches to measuring progress beyond economic growth alone.
“This is the new face of inequality, and as this Human Development Report sets out, inequality is not beyond solutions,” says UNDP Administrator, Achim Steiner.
The Report takes the study of socioeconomic inequalities further by analyzing them in three dimensions – beyond income, beyond averages, and beyond today—and proposes a battery of policy options to tackle them.
Historically more equal, region now faces unstable labour markets and social exclusion
Europe and Central Asia experienced the lowest overall losses in human development from inequality as measured by the Inequality Adjusted Human Development Index, indicating that inequality here, while very present, is less pronounced on average than in other regions.
The region has also made notable progress in expanding tertiary education, closing in on developed countries.
Nevertheless, the Report’s findings support the conclusions of the 2016 regional HDR, which stated that labour market inequalities and exclusion lie at the heart of the region’s inequality challenges and are driving the emigration that is aggravating depopulation trends in much of the region.
Labour market exclusion in the region is important both in terms of the availability of decent jobs, and because access to social protection is often linked to formal labour market participation. Those not in decent employment face much higher risks of poverty, vulnerability, and exclusion from social services and social protection.
Survey data also indicates public concern about the quality of governance, particularly regarding corruption and inequality before the law. Such perceptions may reflect deeper concerns about inequalities that are not captured in official socioeconomic data.
“Human development is about expanding people’s choices,” says Mirjana Spoljaric Egger, Assistant Administrator and Director of the UNDP Regional Bureau for Europe and the CIS. “While we take stock of where the region stands today – its achievements and its challenges – we must bear in mind that some of today’s inequalities are set to become more significant in the future.”
Although the region as a whole registers the lowest inequality between men and women on the Gender Inequality Index, women remain vulnerable to labour market exclusion.
Further, women face backlash against perceived progress toward gender parity. A new “social norms index” in the Report says that in half of the countries assessed worldwide, gender bias has grown in recent years.
Also at risk are young workers, migrants, the long-term unemployed, people with disabilities, historically marginalized communities, and residents of rural and isolated areas.
Policies that address underlying biases, social norms and power structures are therefore key, the Report argues. For example, policies to balance the distribution of care, particularly for children, are crucial, given that much of the difference in earning between men and women throughout their lifecycle is generated before the age of 40.
Beyond income, beyond averages, beyond today
The Report recommends policies look beyond income, anchored in lifespan interventions starting even before birth, including through pre–labour market investments in young children’s learning, health and nutrition. Such investments must continue through a person’s life, when they are earning in the labour market and after.
The HDR also argues that taxation must be assessed as part of a system of policies, including for public spending on health, education, and alternatives to carbon-intensive lifestyles.
Averages hide important disparities, says the HDR, and while they can be helpful in telling a larger story, much more detailed information is needed to create policies to tackle inequality effectively.
Looking beyond today, the Report asks how inequality may change in future, particularly through the lens of climate change and technological transformation – two forces that seem set to reshape human development outcomes over the next century.
“As the world changes, so do the inequalities that matter,” says Pedro Conceição, HDRO Director. “The good news is that they are not inevitable. Every society has a choice about the level and kind of inequality it is prepared to tolerate.”
Azerbaijan ranks 87 out of 189 countries and lands in the “high human development” category
The report contains a new round of global rankings, which assess human development according to an index that combines measures of income, health and educational attainment. Topping the 2018 rankings are Norway, Switzerland, Ireland, Germany and Hong Kong. At the bottom are Burundi, South Sudan, Chad, the Central African Republic and Niger.
Building on years of steady progress in the index, Azerbaijan ranks 87 out of 189 countries and lands in the “high human development” category (Human Development Index value: 0.754). Among the most notable gains, life expectancy has grown by 8 years since 1980, and expected years of schooling have increased by 1.7 years. In addition, GNI per head has risen by about 75 percent since 1990.