Is there any point in replacing the OSCE Minsk Group with another diplomatic mechanism? - The explanation by Azerbaijani expert
Read: 366 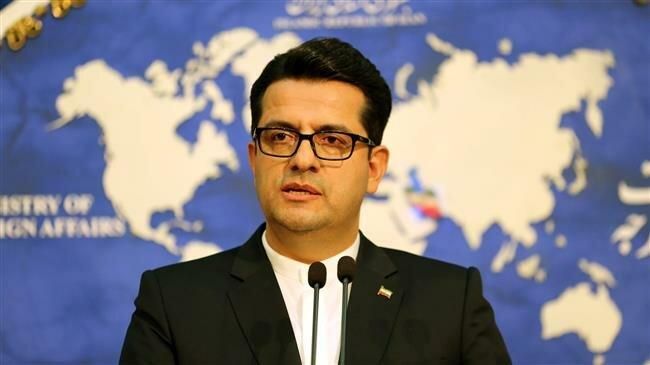 Iranian Foreign Ministry Spokesman Seyyed Abbas Mousavi said in a statement on Thursday that such comments do not remedy the failure of some European countries to honor their commitments under the 2015 Iran nuclear deal, officially known as the Joint Comprehensive Plan of Action (JCPOA), besides their incapability to stand against "US economic terrorism" on Iran, Eurasia Diary reports citing Mehr News.

“The world public opinion has not yet forgotten the country that armed former Iraqi dictator Saddam Hussein with the chemical warfare, which was used against Iranians and their Iraqi counterparts during the imposed war (1980–88) on Iran,” Mousavi said in the statement.

Mousavi's statement was in reaction to the remarks made by German FM Mass earlier in the day, who claimed that hundreds of people had been killed during the recent unrest in Iran in the wake of gasoline price hikes, and condemned security forces over use of force against rioters and anarchists.

The FM spokesman went on to say that people still remember how German riot police suppressed protesters on the eve of the two-day G20 summit in the port city of Hamburg back in July 2017, and how weapons are being funneled by certain European states to the Middle East, where they have brought about nothing other than war crimes, destruction and massacre of women and innocent children as seen in Yemen.

Mousavi also called on Berlin "to put honoring the fundamental principles of human rights on the agenda  comprehensively, neutrally and with open eyes, instead of adopting unprofessional and biased positions" against Iran.

He highlighted that the Iranian government welcomes the peoples' criticisms, saying, “The Islamic Republic of Iran sharply distinguishes enemies, those behind the murder of innocent people and their foreign sponsors from protesters. It will take the necessary measures based on probe findings and in line with respect for Iranians’ rights and sustainable security.”