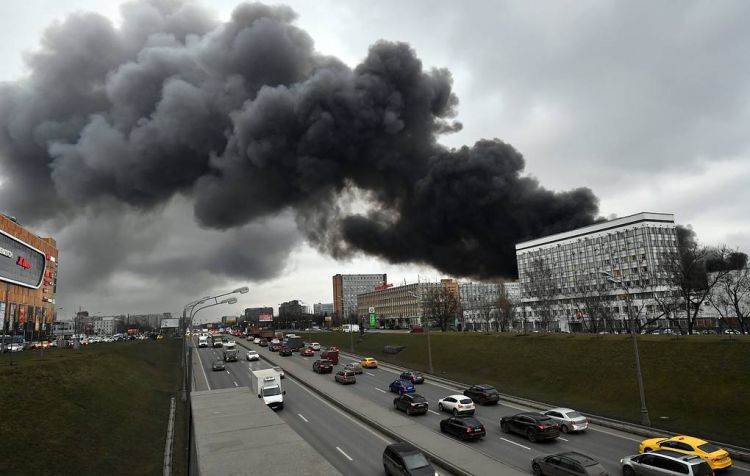 A wall has collapsed as a result of the fire that engulfed a textile warehouse in Moscow’s south, the capital’s Emergencies Ministry told TASS on Friday.

"A wall has collapsed. There remains a risk that other structures will collapse as well," the ministry said. The collapsed area measures 300 square meters.

The acting head of the Emergencies Ministry's Main Directorate for Moscow, Sergei Zheltov told reporters that firefighting efforts were hampered by high temperatures and explosions of fuel tanks, flammable liquids, paints and varnishes. The fire expanded to 7,000 square meters whereas the building is about 30,000 square meters.

TASS reported from the site that people had been evacuated from neighboring buildings.

One firefighter was injured while extinguishing the blaze. The fire broke out in the warehouse on Friday noon, spreading intensively. More than 220 firefighters and 70 vehicles are engaged in the firefighting efforts. Apart from that, two helicopters are dumping water on the blazes.