The new Russian Su-34 will be able to detect and shoot down invisible targets - VIDEO
Read: 1655

The service members blocked the attackers, suppressed key firing positions and provided the Iskander missile system convoy with a chance to break through to the launching site. 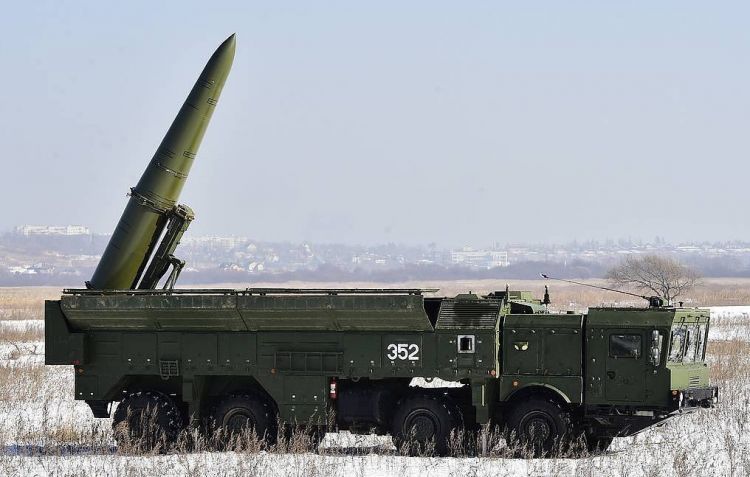 The Iskander missile system of Russia’s Western Military District has helped to repel a conventional enemy’s attack with weapons of mass destruction at drills in the southern Astrakhan Region, the district said in a statement on Saturday, Eurasia Diary reports citing TASS.

"During the exercise involving the Iskander system, service members drilled at a training ground in the Astrakhan Region how to repel a massive attack on a convoy by the ‘adversary’s’ unidentified armed groups who use weapons of mass destruction," the statement says.

The service members blocked the attackers, suppressed key firing positions and provided the Iskander missile system convoy with a chance to break through to the launching site.

The exercise, scheduled to last until the end of this week, involve over 1,200 troops and about 300 units of hardware.

The Iskander-M tactical missile system is designated to strike adversary low-sized and site targets at a range of up to 500 km: missile launchers, multiple launch rocket systems, long-range artillery, aircraft and helicopters at aerodromes, command posts and communications centers.