The Su-57 fighter jet is not even ready to fly - Russian specialists say
Read: 865 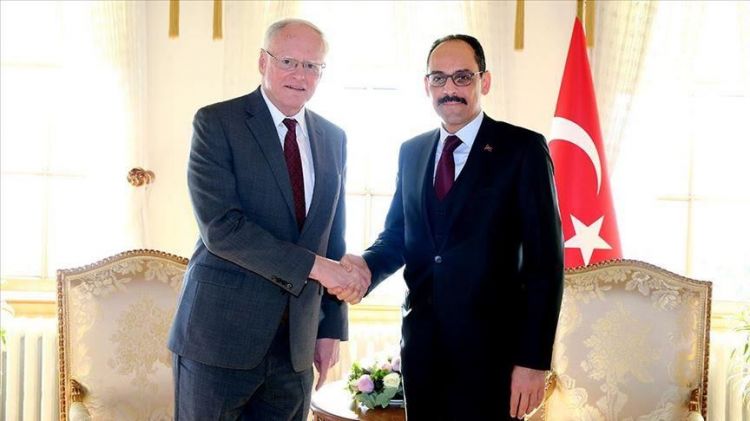 A top Turkish official and a key U.S. diplomat in the region on Saturday discussed Syria and the U.S.-Iran row in Istanbul, according to diplomatic sources, Eurasia Diary reports citing Anadolu Agency.

During the meeting in Dolmabahce Palace, Ibrahim Kalin and James Jeffrey stressed the importance of meeting the requirements of the agreement between Turkey and the U.S. to establish a safe zone in northern Syria for displaced people.

The U.S. and Turkey on Oct. 17 came to an agreement to pause the operation to allow the withdrawal of terrorist YPG/PKK forces from the planned safe zone, where Ankara wants to repatriate millions of Syrian refugees it is currently hosting.

Turkey has complained that despite the deal, the terrorists have remained and continue to carry out attacks.

The two officials underlined the necessity of diplomacy to prevent the massive humanitarian crisis and migrant flow due to clashes in Syria’s northwestern province of Idlib.

It was agreed that more support should be given to the work of the Constitutional Committee by the international community and that free, fair and transparent elections should be held to ensure the success of the Syrian political process.

During the meeting, Kalin also expressed Turkey’s concern over a recent row between the U.S. and Iran and its possible effect to trigger new clashes and radicalization in the region.

In its more than 30-year terror campaign against Turkey, the PKK -- listed as a terrorist organization by Turkey, the U.S. and the European Union -- has been responsible for the deaths of 40,000 people, including women, children and infants. The YPG is the PKK’s Syrian offshoot.