Iran was prepared for full-fledged war with US - IRGC Commander | Eurasia Diary - ednews.net

Azerbaijan has right to use its armed forces to take back its legally acknowledged territory - British journalist
Read: 3366

Iran was prepared for full-fledged war with US - IRGC Commander 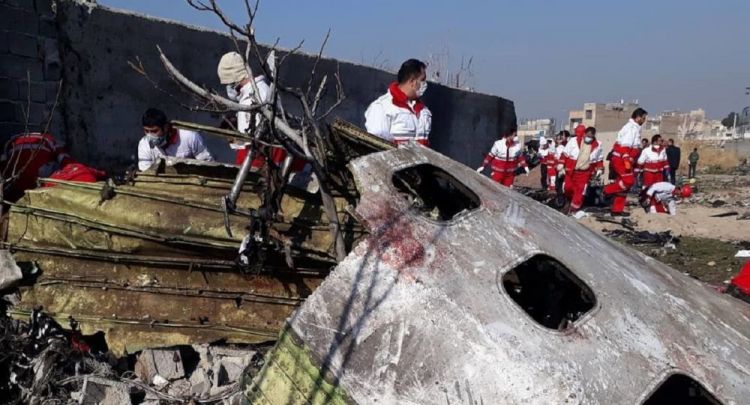 Earlier in the day, Iranian authorities admitted the Ukrainian jet that crashed in Tehran this week was downed with a missile by the Iranian armed forces, Eurasia Diary reports citing Sputnik.

Iran was poised for a full-blown military conflict at the moment its armed forces brought down the Ukrainian passenger jet with a missile, the commander of the Aerospace Force of the Islamic Revolutionary Guard Corps, Amir Ali Hajizadeh, said on Saturday. The commander said that the US was partly to blame for the tragic incident as Washington had spiked tensions with Tehran prior to the plane being downed.

According to Hajizadeh, Iranian air defence systems mistook the Boeing 737 for a cruise missile. The plane was shot down with a short-range projectile, he added.

The commander said that the IRGC is taking full responsibility for the catastrophe and are ready to face any decision taken by the authorities.

Hajizadeh said he informed the authorities about the unintentional attack on the same day, adding that "he wished he could die" when he heard about the incident.

176 people died on Wednesday when the Ukrainian Airlines Boeing 737-800 travelling from Tehran to Kiev crashed soon after takeoff from Tehran Airport.

Tehran previously stressed that the tragedy had occurred due to a technical error. Several Western nations, however, refused to rule out the possibility that the plane was downed by a missile.