The Su-57 fighter jet is not even ready to fly - Russian specialists say
Read: 859

The Russian Su-57 can beat F-35 someday, but not right now - Russian Expert 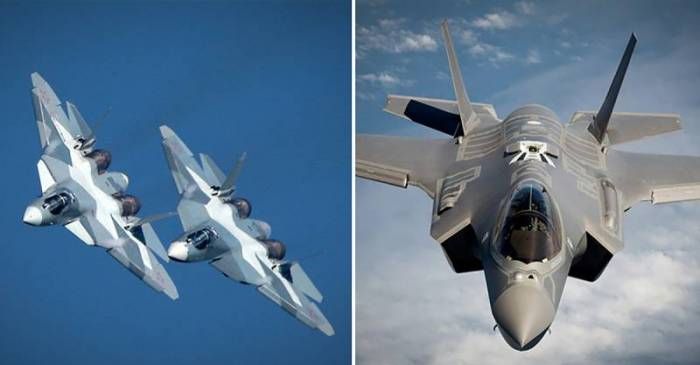 The Russian Su-57 fighter is already a good combat vehicle. However, there is still something to improve, for example, in order to bypass the American F-35 in terms of basic indicators, expert Vladimir Vasiliev believes, Eurasia Diary reports citing Bulgarian Military News.

If we compare the Su-57 with an American competitor, then the domestic aircraft surpasses the opponent in terms of maneuverability, flight range and top speed, which makes it more attractive for buyers in foreign markets. It is not in vain that Turkey, being in danger of breaking the F-35 supply contract, is increasingly thinking about buying new Su-57s from Russia.
Be that as it may, but the F-35 has one important feature that has been acquired by him historically, the expert emphasizes. The fact is that American fighters are always designed as aircraft carrier-based vehicles, and therefore have the ability to take off and land in short bands.
It is noteworthy that even in this component the Russian fighter has some groundwork for improvements. Russian designers, among other things, have experience in creating aircraft with a vertical take-off and landing system, so they can combine the qualities of the latest fighter with the capabilities of the famous Yak-141 in the future to inherit the best properties of previous prototypes and get ahead of the F-35 in all respects.