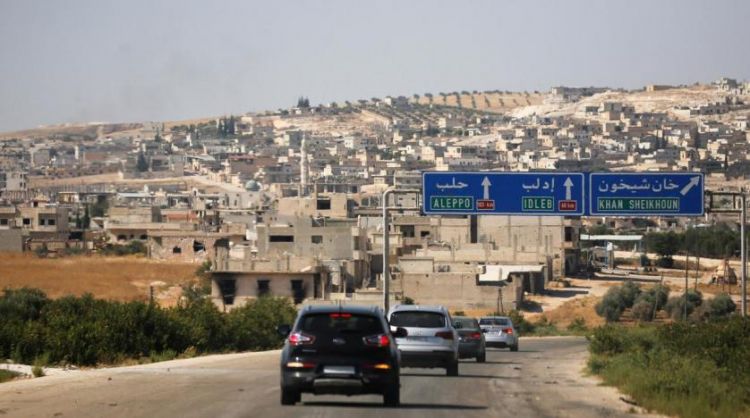 Russia accused militants of continued violations of the Russian-Turkish brokered ceasefire in Idlib, northwestern Syria, saying the armed factions are responsible for the failure of the fragile truce, Eurasia Diary reports citing Al-Awsat.

The Russian Ministry of Defense called on civilians in the region to take advantage of the opening of the crossings.

The commander of the Russian Reconciliation Center (Hmeimim) in Syria, Major General Yuri Borenkov, said in a statement issued Saturday that the Syrian army and the Russian forces are organizing the exit of civilians into territories under the control of Syrian government forces as of January 13.

Borenkov explained that the crossings include centers to provide first aid, drinking water, hot food, medicines, and basic necessities, adding that transportation will be provided to those who wish to withdraw from the areas under militant control.

Earlier, Borenkov announced the ceasefire in Idlib according to an agreement reached with Turkey. The announcement coincided with the Russian statements about widespread violations of the truce by the Syrian opposition factions.

The Russian Defense Ministry received multiple reports by Syrian citizens from areas controlled by armed groups in Idlib requesting their return to their homes in areas liberated from the militants.

The armed factions targeted the vicinity of Aleppo International Airport and al-Nayrab Military Airport with rocket-propelled grenades, according to a military source.

The Ministry indicated that, on Saturday morning, government forces thwarted an attack by hundreds of gunmen near the town of Jarjanaz in Idlib’s countryside.

The military spokesman said that about 200 gunmen took part in the attack, using 30 vehicles equipped with high-powered machine guns. He indicated that the army forces had responded and forced the militants to retreat to their previous positions.

The Syrian government forces stopped hostilities in Idlib and warplanes were not used in this area, said the ministry, however, the illegal armed groups continued to bomb positions of the Syrian armed forces and near peaceful residential areas.

Meanwhile, media outlets launched campaigns asking civilians to leave Idlib, and it was reported that Syrian army helicopters dropped leaflets over Idlib and Aleppo urging civilians residing in areas controlled by al-Nusra Front and its allies to head to humanitarian crossings in preparation to move to areas under government control.

Sputnik news agency noted that the pamphlets called on civilians to surrender and evacuate rebel-held areas.

“There is no return to the decision to cleanse all areas of the terrorist killers so join your army in achieving victory,” said a leaflet.

The papers called on residents to head to the humanitarian crossings that the Syrian government had prepared and will be ready to receive them as of Monday after providing all the necessary assistance.

The Syrian army assured civilians in the leaflets, warning them that the terrorist organizations seek to take them as human shields to prevent the advance of the Syrian army. It cautioned that the decision to purge the area of murderous terrorists was taken and irreversible, calling on them to assist the Syrian army in achieving victory against terrorism.