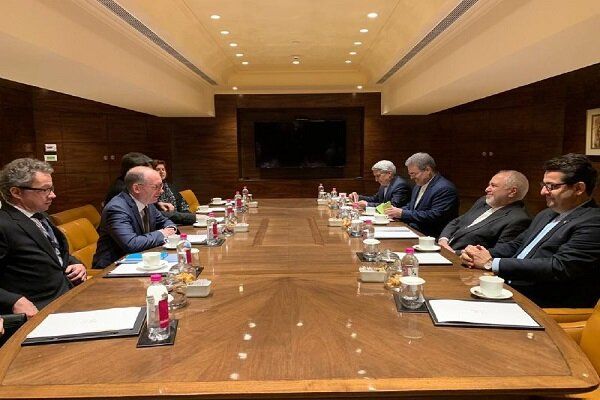 The meeting took place on the sidelines of the Raisina Dialogue conference in New Delhi on Tuesday evening.

Eurasia Diary reports citing Mehr News that the senior Iranian and German diplomats discussed the latest developments surrounding the implementation of the Joint Comprehensive Plan of Action (JCPOA) and the regional conditions, particularly the situation in Afghanistan.

In the meeting, the Iranian foreign minister criticized the Europeans’ failure to honor their JCPOA commitments and slammed their move to trigger the dispute resolution mechanism as baseless in legal terms and a strategic mistake in political terms.

Annen, for his part, stressed that Germany attaches significance to the relations with the Islamic Republic of Iran, adding, “Our stance is defending and supporting the JCPOA, and the spirit of the letter from the three European ministers is not the destruction of the JCPOA.”

France, Britain, and Germany on Tuesday announced their decision to trigger the dispute mechanism in the 2015 Iran nuclear deal, known as the Joint Comprehensive Plan of Action (JCPOA).

After the mechanism is implemented, Iran would be given 15 days to resolve the dispute with the three European signatories to the nuclear deal.

Reacting to the development, the Iranian Foreign Ministry spokesman, Abbas Mousavi, said the Islamic Republic would respond “firmly, decisively, and aptly” to the unconstructive measure taken by the Europeans against the deal.

The nuclear deal has come under increasing strain ever since President Donald Trump announced the US withdrawal from the deal in May 2018 and unleashed the “toughest ever” sanctions against Iran despite global criticism.

Earlier this week, the US president urged other signatories of the deal to pull out of what had remained of the JCPOA, promising to impose new economic sanctions on Tehran.

In response, Tehran has so far rowed back on its nuclear commitments five times, but stressed that it will reverse its measures as soon as Europe finds practical ways to shield mutual trade from the US sanctions.