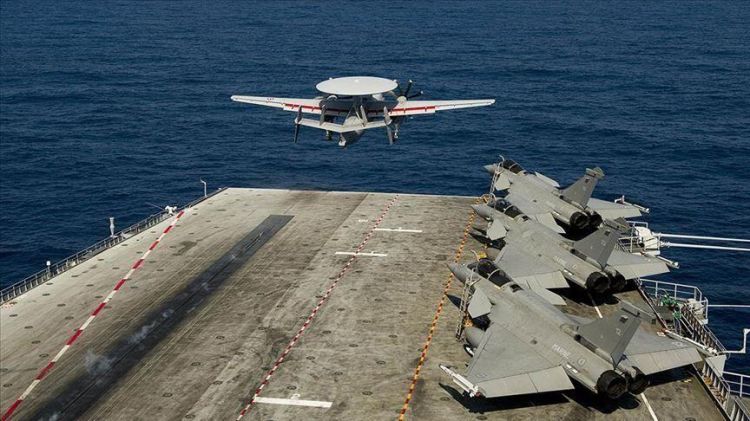 "The aircraft carrier will support Chammal operations (in the Middle East) from January to April 2020 before deploying to the Atlantic Ocean and the North Sea", Macron said at a New Year speech to the French military.

It will also be used in joint operations with European countries, he said, highlighting the increasing threat of ISIL.

Following ISIL-linked terrorist attacks that killed 130 people in Paris in 2015, the Charles de Gaulle, with an air wing that typically includes 24 Rafale fighter jets, was deployed to the Eastern Mediterranean. The ship was sent to the South China Sea last year.

France launched the Chammal Operation on Sep.19, 2014 in a bid to counter the expansion of ISIL and support the Iraqi army and the coalition. The operation was later expanded to include the ISIL threat in Syria.