'We have no secret' - Putin reveals he informed Medvedev about government resignation
Read: 486

In the course of accomplishing their assignments, the crews of Su-27 planes and also Su-30SM fighters alternately practiced searching for, detecting and destroying the notional enemy’s aircraft during the tactical standoff. 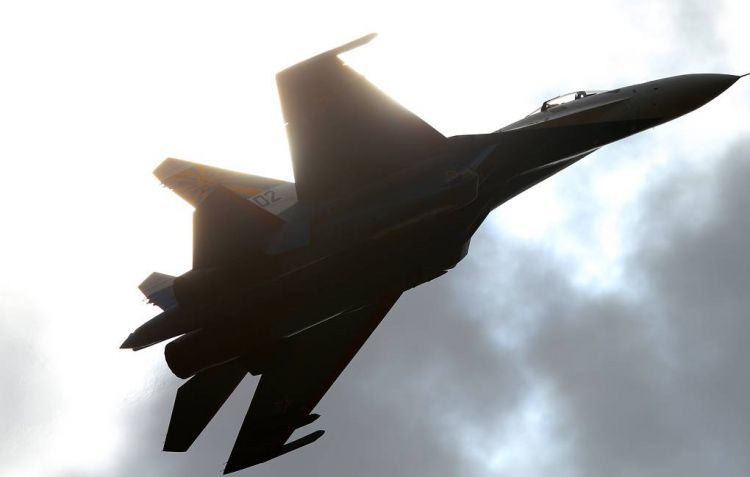 "Pilots of the fighter squadron of the Fleet’s naval aviation performed flights to practice the tactic of conducting an aerial battle with a notional enemy’s aircraft. The crews of Su-27s practiced the technique of piloting with the use of offensive and defensive maneuvers at various altitudes and at a different time of day and night," the press office said in a statement.

In the course of accomplishing their assignments, the crews of Su-27 planes and also Su-30SM fighters alternately practiced searching for, detecting and destroying the notional enemy’s aircraft during the tactical standoff, the statement says.

As the press office specified, the drills involved up to 10 aircraft crews.

The flight route of the Russian fighter jets was agreed with the air traffic authorities and was implemented in strict compliance with the international rules of using the airspace over the neutral waters of the Baltic Sea, the Fleet’s press office reported.

The Su-27 is a fourth-generation multirole supersonic all-weather fighter aircraft armed with air-to-air and air-to-surface missiles of various types (it has from 10 to 12 external hardpoints for missiles). The fighter jet is also furnished with a 30mm automatic aircraft gun (with a rate of fire of 1,500 rounds per minute and an ammunition load of 150 rounds).

The Su-30SM is a generation 4++ serial-produced and upgraded two-seat super-maneuverable fighter jet. The Su-30SM is furnished with two AL-31FP thrust-vectoring reheated double-flow turbofan engines. The fighter has an operating range of 1,500 km and a flight endurance of 3.5 hours without refueling.