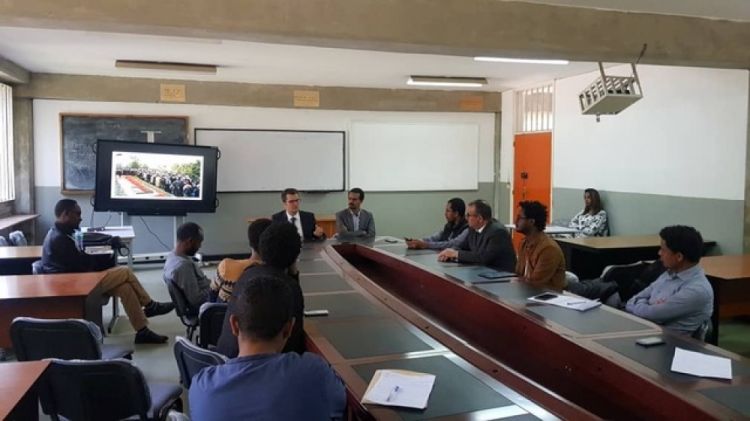 Azerbaijan’s Embassy in Ethiopia has organized a lecture commemorating the 30th anniversary of 20 January events at the country’s Addis Ababa University (AAU).
Eurasia Diary reports citing azerbaijan24 that professor of the Center for African Studies at AAU Dr. Samuel and university students attended the event.
Speaking at the event, Azerbaijani Ambassador to Ethiopia Elman Abdullayev provided an insight into the history of the Black January events. The Ambassador noted that on 20 January a terrible massacre against innocent people was committed upon the instruction of the Soviet government in order to suppress the expanding liberation movement in the country. He said that nevertheless, this massacre strengthened the spirit of independence of Azerbaijani people.
The diplomat hailed Azerbaijan’s recognition in the world as a reliable partner under President Ilham Aliyev’s leadership.
Responding to the questions of Ethiopian students, Abdullayev touched upon the prospects for relations with Africa, including Ethiopia. He also spoke about Azerbaijan’s chairmanship of Non-Aligned Movement (NAM) and the allocation of educational scholarships by the Azerbaijani government to citizens of African countries.
Head of the Center for African Studies Dr. Samuel praised Azerbaijan’s achievements, its economic development, traditions of tolerance and statehood.