Iran urgently deployed dozens of missile systems on the coast of Strait of Hormuz
Read: 1827

US and its allies characterize Chinese and Russian aid as a political ploy to garner influence - US expert-Exclusive
Read: 1336 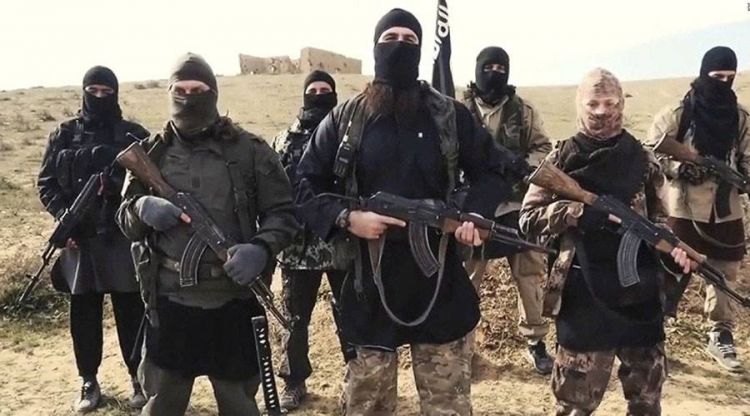 Leaders of terrorist groups in the Idlib de-escalation zone, who fight against the Syrian government forces, seek to trigger a spiral of escalation, hoping for Western countries’ support, in order to mobilize militants and hold control of the occupied areas, Major-General Yuri Borenkov, chief of the Russian center for reconciliation of the conflicting sides in Syria, told reporters on Saturday. Eurasia Diary reports citing Tass News.

"Widespread discontent of the population about terrorists’ dictatorship sparks more and more protests in the areas under their control. A huge number of illegal armed groups’ members are gradually getting out of obedience to terror leaders due to a low level of material support. In these conditions, jihadist leaders seek to trigger a new spiral of escalation in order to mobilize militants in the Idlib de-escalation zone to stand against the government forces and not to lose control over the occupied territories. At the same time, the radical leadership obviously count on the West’s support, which will once more attempt to prevent the government forces from taking decisive action in eradicating the nest of terrorism in Idlib," he said.

As of Saturday, according to the general, fighting, which broke out on Friday night, is still ongoing in Abu Djref in Idlib province.

"At 21.20 of January 17, a gang of up to 50 militants, supported by an infantry fighting vehicle and six tanks, attacked the Syrian Arab Army near Abu Djref. The militants advanced at distances of 1.2 kilometers deep and of 500 meters wide along the front. On January 18 the hostilities continued in that area," he said.

Borenkov reported that in the regions of Idlib and Aleppo the government forces supported by artillery and tanks repelled militants’ attacks on Friday and forced them to retreat to previous position.

"The incessant attacks by Hay’at Tahrir al-Sham (one of the names of the Jabhat al-Nusra extremist group, which is banned in Russia) on January 16-17 on government troops prove that the command of radical groups are intentionally acting to derail the ceasefire declared in accordance with the Russian-Turkish agreements," the general said.

"The terrorist groups’ obvious goal is to destabilize the situation. The Hay’at Tahrir al-Sham terrorist group bears the main responsibility for escalation. It has at least 20,000 combatants in the Idlib de-escalation zone, if the foreign mercenaries are not taken into account," Borenkov stressed.

In the past 24 hours, 66 incidents of shelling by illegal armed groups operating in the Idlib de-escalation zone have been recorded in the populated areas of Latakia, Aleppo, Idlib and Hama. A total of 1,490 people and 63 motor and agricultural vehicles have left the de-escalation zone since January 13.

The Russian reconciliation center continues to fulfill the tasks assigned to them after the completion of the military campaign in Syria. They regularly travel around the country's liberated areas to assess the humanitarian situation. The main efforts of the Russian military are now focused on aiding the refugees who are returning to their homes and evacuating civilians from the war-torn country’s de-escalation zones.