Unknown fighter jets tried to attack the Russian air base in Syria
Read: 2035 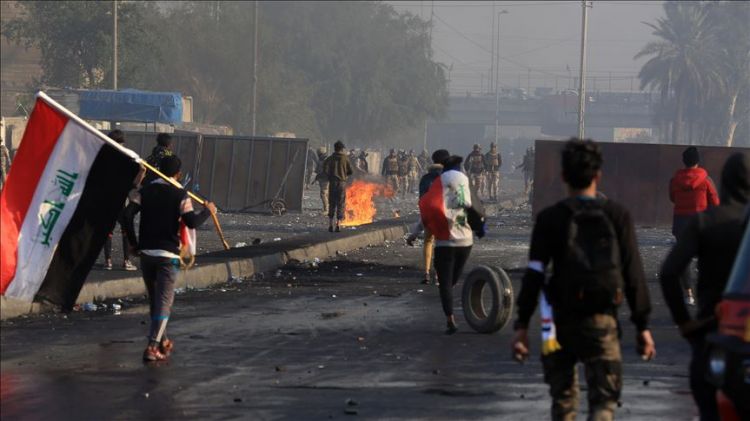 At least two Iraqis were killed and more than 60 were injured in clashes between Iraqi security forces and protesters in the capital Baghdad, a security official said on Monday, Eurasia Diary reports citing Anadolu Agency.

The casualties occurred on Monday as security forces were trying to disperse protesters near the Muhammad al-Qasim Highway, central Baghdad, according to the official who asked not to be named due to restrictions on speaking to the media.

Earlier, security forces blocked the demonstrators from advancing towards the Muhammad al-Qasim Highway, to prevent the closure of this vital and important road linking Baghdad and the southern provinces.

Iraq has been roiled by mass protests since early October over poor living conditions and corruption, forcing Prime Minister Adel Abdul-Mahdi to resign.

More than 500 people have been killed and 17,000 injured in the protests, according to Iraq's commission.