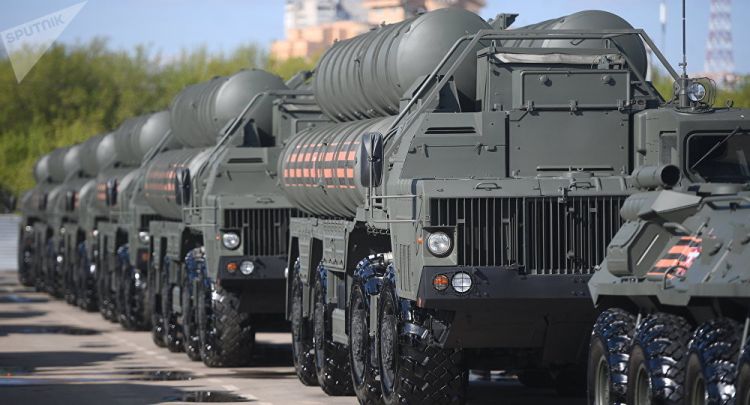 India and Russia signed a $5.43 billion contract in 2018 for the purchase of five S-400 missile defence systems, despite US threats to slap sanctions on any country that buys from Russia’s defence sector under the ATSA (Countering America's Adversaries Through Sanctions Act).
The Russian Deputy Ambassador to India speaking on Friday at a press conference in the country's capital has announced that the production of five S-400 missiles defence system for New Delhi has started. Under the contract signed in 2018, Russia should deliver five S-400 systems worth over $5 billion to India by 2025.
Russian Deputy Ambassador Roman Babushkin said: “We will give 5 S400 missiles defence systems (to India) by 2025. Russia has one of the world's best defence systems and it will serve Indian security well.”
Despite threats of sanctions from the US on the purchase of S-400 missile systems from Russia, India has gone ahead with the deal. Russia will fulfil its contract to deliver S-400 missile systems to India, as it has already received the first advance payment, Rostec State Corporation CEO Sergey Chemezov had said in November 2019.
The Indian Defence Ministry in December 2019 had said that it is preparing to go ahead with the deployment of Russian-made S-400 missile defence systems in 2020.
The US had urged India to consider American platforms instead, to enhance the level of interoperability between Indian and US forces. In December 2019, after India and the US signed an Industrial Security Annex (ISA), during the second 2+2 dialogue between India's foreign and defence ministers and the US Secretary of State and Secretary of Defense in Washington, a US State Department official suggested that India purchase American weapons systems rather than Russian S-400s.