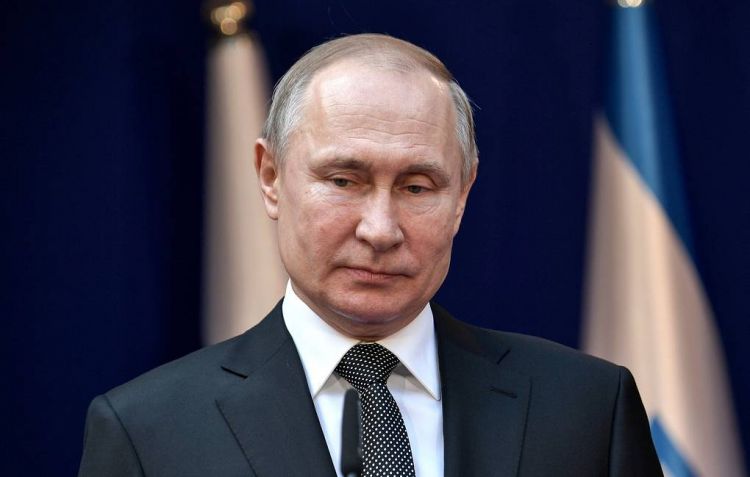 "For me, my colleagues it is very important today to be in Israel. We see your efforts, the efforts of the entire Israeli leadership on preserving the memory about tragic events of World War II," Putin said.

Putin thanked the Israeli president for his invitation to visit Israel. He recalled that the Red Army did not only liberate the Auschwitz concentration camp, but also made a crucial contribution to fighting against the Nazis. "The Soviet people, the Russian people suffered huge losses during this war. Speaking about the Holocaust tragedy, the Russian leader noted that 40% of Jews who were killed and tortured had come from the Soviet Union. "In the fullest sense of the word, this is our common tragedy," Putin said. "Thank you a lot for a chance to be here together with you in Israel."

Putin has stressed during the meeting with Israeli President Reuven Rivlin that manifestations of xenophobia and antisemitism should be countered anywhere in the world.

"We need to be vigilant in order to avoid anything like this in the future and to counter any manifestations of xenophobia, antisemitism, regardless of where they take place and who they are coming from," the Russian leader said.

Putin commented on his Israeli colleague’s statement, in which he said that it is impossible to know where antisemitism ends. "Unfortunately, we know this. It ends in Auschwitz," the Russian leader stated.