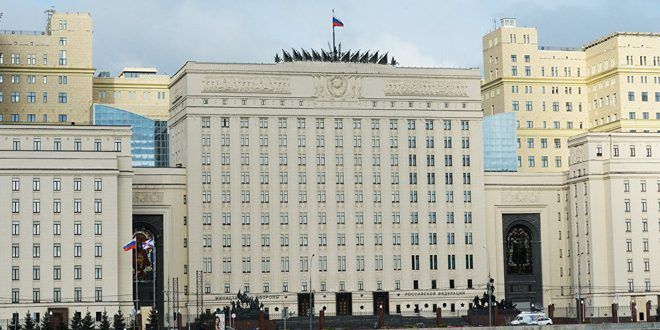 Two drone attacks on Hmeimim base were repelled by the base’s missile defense system in the evening on Monday, Russian Defense Ministry has announced, Eurasia Diary reports citing SANA News.

Head of Hmeimim-based Russian Coordination Center Major-General Yuri Borenkov said in a statement that the air defenses at Hmeimim base tracked two drones launched from terrorists-controlled the de-escalation zone in the Syrian province of Idleb.

Borenkov noted that “The first attack from the northeastern direction was repelled the Panstyr-S missiles at a distance of two kilometers from the airbase. An aerial target approaching the base from the northwestern direction (from the Mediterranean) in the second attack was downed at a distance of six kilometers of from the base,” he said. “No one was hurt. No material damage was done.”

Over the last few months, the air defenses have repelled tens of the attempts by the terrorist groups to attack Hmeimim base in Lattakia through drones that carry bombs which have been launched from terrorists-controlled areas in de-escalation zone in Idleb countryside.