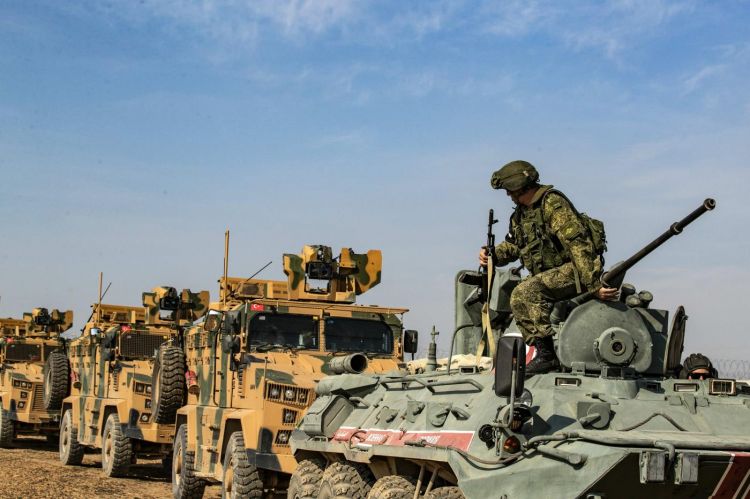 The Turkish side accused Russia of non-compliance with the Sochi agreement on Idlib and stated that if Russia refuses new negotiations, it will face large-scale armed clashes between Syria and Turkey, the number of troops of which only in recent days in the territory of the Arab Republic increased to 10 thousand. human, Eurasia Diary reports citing Bulgarian Military News.

“The question is what will Russia do? The Kremlin tried to drive Ankara into a corner, but could not achieve the desired results. The regime and Iran are also putting pressure on Russia, as they argue that Turkey was unable to fulfill the terms of the Sochi deal. In addition, the Syrian army cannot advance without Russia’s support due to Turkey’s changing strategy and resistance from factions supported by Ankara. Without the support of Russia, the regime did not achieve the desired results in its campaign in Hama and Idlib last year, and its losses were enormous.  The threat of Turkey associated with the attack on Idlib will put maximum pressure on Ankara and create a huge risk for Turkish observation posts, since the regime urgently needs to take control of the M4 and M5 motorways. This would make Russia a party that violates the agreement in Sochi and the agreement in Astana. Honestly, Moscow seems to have no choice but to sit at the negotiating table with Turkey to adjust the deal in Sochi. Otherwise, Ankara and Damascus will eventually collide with each other,” the Turkish Daily Sabah reports.

BulgarianMilitary.com recalls that early today several cruise missiles launched from the west, that is, from the Mediterranean Sea, are seen on the way to the north and northeast of Syria.

According to military analyst Babak Taghvaee, citing eyewitnesses, we are talking about ballistic missiles launched by the Syrian army supported by Russian forces. According to him, the target of the strike is one of the Turkish observation posts in the northeastern province of Idlib.

At the same time Syrian military Mi-24 helicopter was shot down by Turkish or terrorists forces with 57mm projectile near Aleppo region.