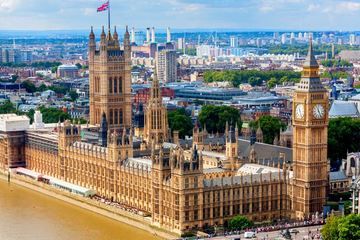 Westminster city council has objected to a proposal to build a national Holocaust memorial centre in a park next to the Houses of Parliament, Eurasia Diary reports citing Vestnik Kavkaza.

The council’s planning committee raised concerns about the impact of the plans on one of the few remaining green spaces next to the River Thames in central London.

On Tuesday, the council said it was concerned about the potential impact on “existing monuments and the adjacent world heritage site of the Houses of Parliament and Westminster Abbey”.

The proposal could also mean the “loss of valuable open, public green space in a very busy and popular location”, and loss or damage to trees.

However, the final decision has been taken out of the council’s hands after the secretary of state for housing, communities and local government “called in” the planning application in November.

The ministry will hold a public inquiry into the proposal before taking a decision on its future later this year, The Guardian reported.

Ed Balls, the former shadow chancellor and co-chair of the UK Holocaust Memorial Foundation, said it was “regrettable” that Westminster council did not support the project.

He said: “In the decades to come, when survivors of the Holocaust are no longer with us to recount their experiences, the memorial will ensure that their suffering and the terrible tragedy that they experienced, will never be forgotten.”

A team led by British architect David Adjaye was chosen to design the project, initiated by David Cameron in 2013.