daily news
Asia-Pacific response to COVID-19 and climate emergency must build a resilient and sustainable future
Saudi Arabia to host virtual G20 meeting of energy ministers on Friday
The pandemic strengthens the will to fight together
Former Fifa executives accused of bribes over World Cup bidding
Azerbaijan coronavirus cases reach 717, deaths 8, while 44 recovered
Iran hopefully to reach key stage of battling COVID-19 by May 20
Can we use a homemade face masks? - Medical experts explain…
Roscosmos reacts Trump's decrees on exploitation of moon and other celestial bodies
﻿

Iran urgently deployed dozens of missile systems on the coast of Strait of Hormuz
Read: 2627 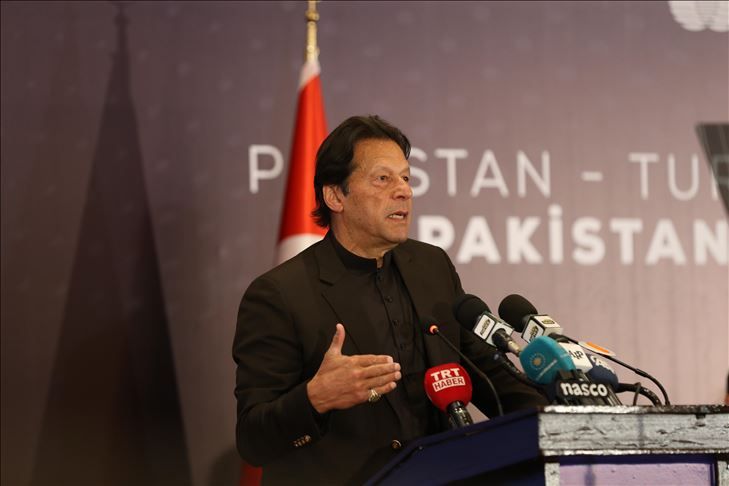 "Today, Mr. President [Recep Tayyip Erdogan] made a historic speech in the Pakistani parliament and I can say you can win the next election in Pakistan after this address," Imran Khan said in a lighter mood at the Pakistan-Turkey Business and Investment Forum.

Khan said Erdogan won the hearts of Pakistani people with his speech.

The Pakistani prime minister noted that all parliamentarians -- including those in the opposition -- appreciated Erdogan’s speech.

"It’s a great tribute to you, Mr. President. It shows the love and affection of people have for you in Pakistan," Khan added.