Russian plane with medical equipment departs for US
Read: 1296 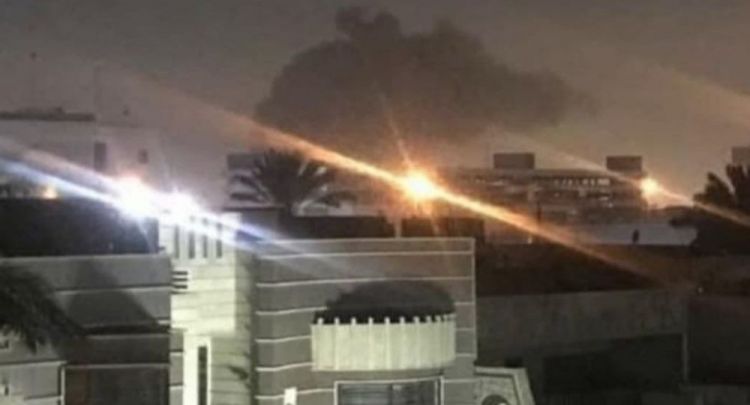 Multiple reports emerged early on Sunday claiming that the Green Zone - a central area in the Iraqi capital city of Baghdad where the US Embassy and Iraqi base are located - was hit by shelling, Eurasia Diary reports citing Sputnik.

The attack occurred a day after a senior US official announced the resumption of joint operations between the US-led coalition and Iraqi security forces.

The US-led coalition in a statement confirmed Sunday's incident, saying that the rocket attack "impacted" the Iraqi military installation that houses American forces in "the International zone" - a reference to Baghdad's Green Zone, a densely-built community of embassies and government compounds.

According to earlier media reports, sirens were heard in Baghdad moments before the attack. Earlier reports emerging prior to the official confirmation suggested that it was the US embassy that was under attack, as it is located close to the military base hosting coalition forces. It remains unclear how many shells landed in the Green Zone. Eyewitnesses claimed several strong explosions were heard in the central part of the city.

A smoke column is seen in Zayouna area, #Baghdad. No explosions reported in the periphery of the US embassy in Baghdad according to residents there. pic.twitter.com/UQwhvzvuD6

Netizens have shared alleged footage showing the aftermath of the attack.

Since January, after Iranian top general Qasem Soleimani was assassinated by the US forces near Baghdad at the behest of US President Donald Trump, the US embassy and military installations in Iraq have several times been targeted by rocket fire.