US and EU have no desire to lend a helping hand to Italy, however China and Russia give life support to Italians - -American Expert
Read: 7269

Russia, Turkey hold 2nd round of talks on Idlib 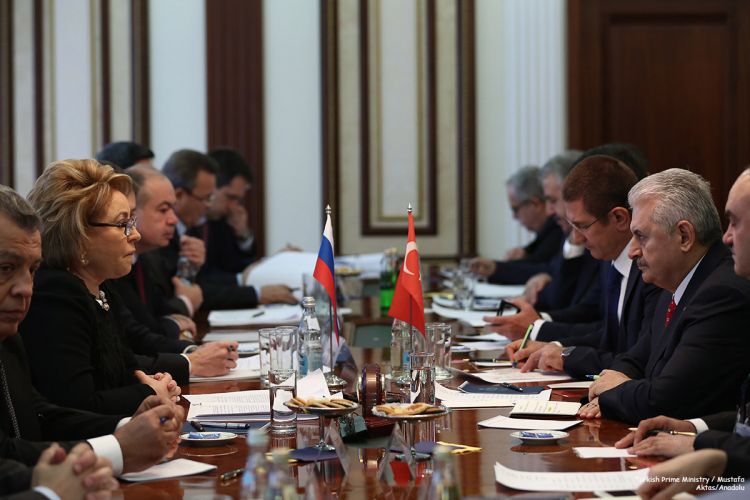 The second round of the Russian-Turkish consultations, aiming to ease the tense situation in the Syrian province of Idlib started in Moscow on Tuesday, Eurasia Diary reports citing Anadolu Agency.

The Russian delegation led by Presidential envoy for Syria Sergey Vershinin, and Turkish delegation headed by Deputy Foreign Minister Sedat Onal, try to find a solution for the latest outbreak of violence in Idlib de-escalation zone.

In addition to the diplomats, both delegations include representatives of military and intelligence services.

According to diplomatic sources, the Turkish delegation stressed the need to rapidly reduce the fighting and prevent further worsening of the humanitarian situation in the region.

Another point on the agenda include measures that could be taken in Idlib to ensure full implementation of the agreements reached under the Sochi memorandum.

But more than 1,800 civilians have been killed in attacks by regime and Russian forces since then, flouting both the 2018 cease-fire and a new one that started on Jan. 12.