US and EU have no desire to lend a helping hand to Italy, however China and Russia give life support to Italians - -American Expert
Read: 7306 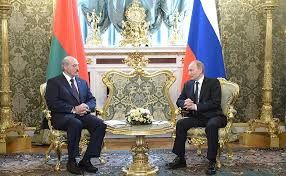 Belarus and Russia may team up to build a nuclear power plant in Egypt. Belarus President Aleksandr Lukashenko noted he had discussed the matter with President of Russia Vladimir Putin as he met with Governor of Russia's Arkhangelsk Oblast Igor Orlov on 21 February, Eurasia Diary reports citing Belta News.

Aleksandr Lukashenko stressed that the Russian state nuclear industry corporation Rosatom is very pleased with Belarusian construction workers. “We've discussed the matter of joint construction. By the way, it was before the construction of the Belarusian nuclear power plant. We intended to get construction experience together with Russians over there,” the head of state noted.