An artillery attack on a second US military convoy in Syria
Read: 942

Team of specialists from Russian armed forces arrives in Armenia to assist in struggle against COVID 19
Read: 554

Four killed in India clash ahead of Trump arrival 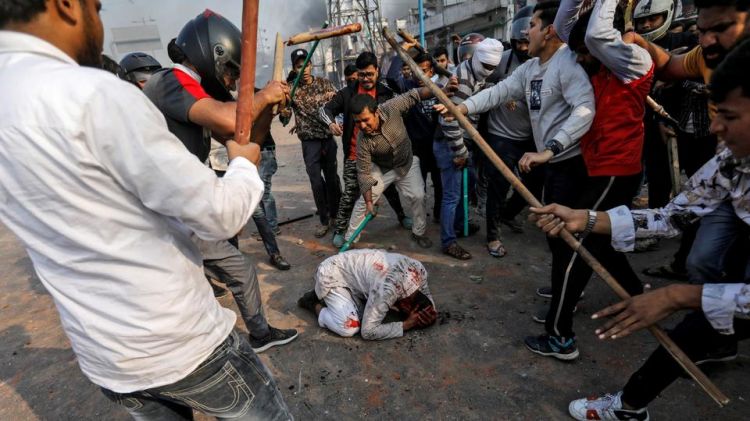 A policeman was among at least four people killed in New Delhi on Monday during violent clashes over a contentious citizenship law, local media said, hours before US President Donald Trump arrived in the Indian capital for an official visit, Eurasia Diary reports citing

One video posted on social media showed crowds of men shouting "Jai Shree Ram" or "Hail Lord Ram", a revered Hindu deity, as they went on a rampage.

Protests have broken out across India since the citizenship law came into force in December, leaving at least 30 people killed in clashes with police. Critics say the law discriminates against Muslims.

The new law has raised worries abroad – including in Washington – that Prime Minister Narendra Modi wants to remould secular India into a Hindu nation while marginalising the country's 200 million Muslims, a claim he denies.

The latest unrest erupted between several hundred supporters and opponents of the law in a Muslim-dominated area of northeast Delhi on Sunday, and continued Monday.

A constable died after receiving a critical head injury, while another senior officer was among the injured.

Trump arrived in the western state of Gujarat on Monday and addressed about 100,000 people at a rally with Modi before he visited the Taj Mahal monument in Agra.

Later Monday the US president landed in Delhi before official talks in the city on Tuesday.

A senior US official told reporters that Trump would raise concerns about religious freedom in the Hindu-majority nation during the trip, calling them "extremely important to this administration".