American expert - Racism is a fundamental to the Western approach to Africa
Read: 2343

Libyan gov't has right to defend itself - Al-Saraj 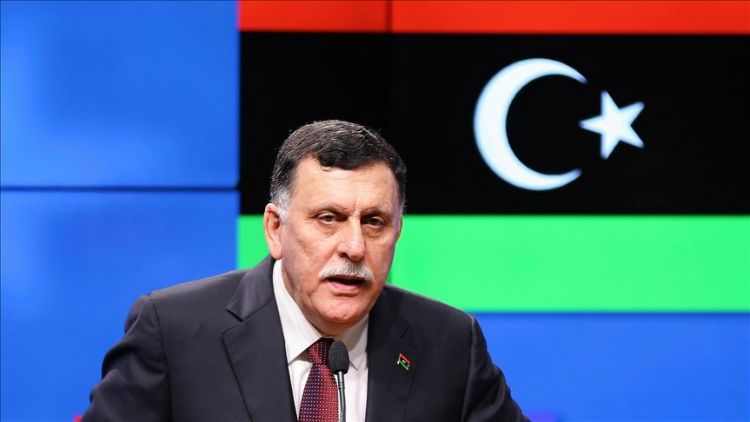 "The current situation in Libya and the resistance against the aggression on the capital [Tripoli] and cities in western Libya is the framework that we work on it with Turkey," al-Sarraj told Anadolu Agency on the sidelines of the 43rd regular session of the UN Human Rights Council in Geneva.

"This is a legitimate right for the GNA [Government of National Accord] and a duty towards our people to defend them against this aggression," he said.

The Libyan prime minister went on to highlight the historic relations between Libya and Turkey on political, social, economic, security and military levels.

"We addressed many countries including the U.S., U.K., Italy and Turkey," al-Sarraj said, adding that Turkey positively responded to the Libyan request.

Al-Sarraj said that the memorandum of understanding on military cooperation with Turkey includes training, anti-terrorism and illegal migration.

On Nov. 27, Ankara and GNA signed two separate agreements, one on military cooperation and the other on maritime boundaries of countries in the Eastern Mediterranean.

Commenting on efforts to reach a lasting cease-fire in Libya, al-Sarraj said: "First of all we are peace advocates; we did not call for this war".

"We fought this war to defend ourselves, our people, our homes and our goal to establish a civil democratic state against the coup [Haftar plotted] against legitimacy," he said.

Al-Sarraj stressed that the UN-brokered joint military talks 5+5 were still underway, pointing out that "definitely the road is long in this regard".

"Unfortunately, we did not find a partner during the last years in hope that this would be an achievement in this road to stop this war," the Libyan premier said.

"There is no winner in this war, everyone is losing" he asserted, citing the destruction of infrastructure and facilities as well as internal displacement of civilians.

"What he [Haftar] committed amounts to war crimes that he must be held accountable for and those with him and those involved," he added.

Since the ouster of late leader Gaddafi in 2011, two seats of power have emerged in Libya: one in eastern Libya supported mainly by Egypt and the United Arab Emirates, and the GNA in the capital Tripoli, which enjoys UN and international recognition.