Iran urgently deployed dozens of missile systems on the coast of Strait of Hormuz
Read: 1140

US and its allies characterize Chinese and Russian aid as a political ploy to garner influence - US expert-Exclusive
Read: 1070 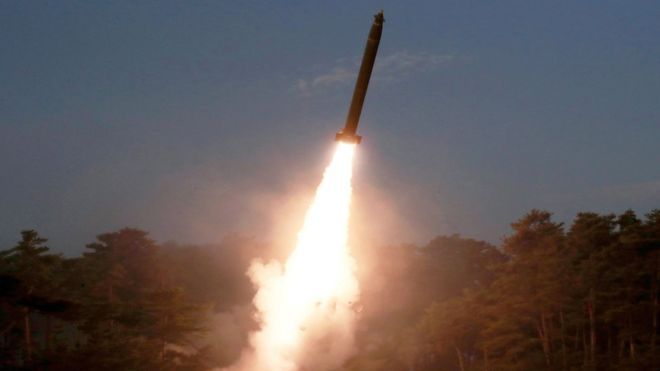 It said the projectiles appeared to be short-range ballistic missiles.

They were launched early on Saturday from Pyongan province towards the East Sea, also known as the Sea of Japan.

North Korea launched multiple missiles as part of firing drills earlier this month. The US and China have called on Pyongyang to return to talks on ending its nuclear and missile programmes.

On Saturday, South Korea's Joint Chief of Staff said it was monitoring the situation in case there are additional launches.

It described the actions as "extremely inappropriate" at a time when the world was dealing with the Covid-19 pandemic.

The projectiles flew for 410km (255 miles) with a maximum altitude of around 50km, the South Korean military said.

Japan's coast guard confirmed a missile had landed outside the waters of its exclusive economic zone.