Russian supersonic bomber Tu-160 is the most powerful ever to fly | Eurasia Diary - ednews.net

Prof. NS. Shenocak - cruelty of some EU states is against the Charter of Human Rights and should be condemned
Read: 773 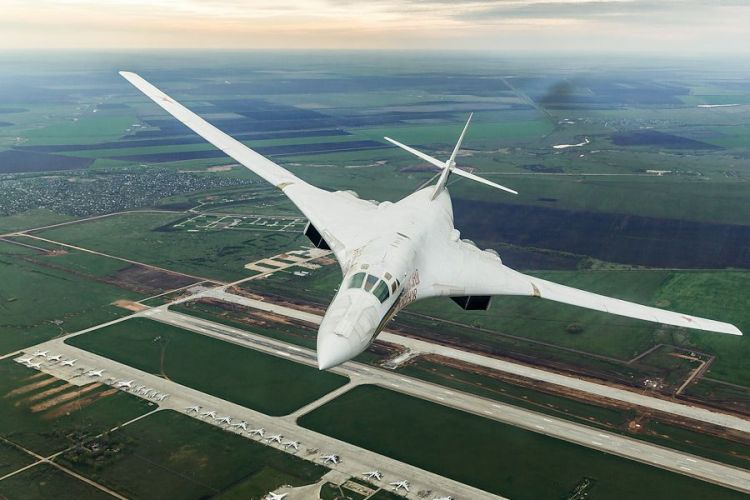 The aircraft has practically no shortcomings, the only thing is that it does not use stealth technologies.

According to the publication, Russia did not use stealth technologies because of the high cost and complexity of development; instead, designers are engaged in a deep modernization of the aircraft.

“The fastest, largest, heaviest – it all relates to the Russian Tu-160,” notes the columnist for the publication, Caleb Larson.

The Tu-160 is called the “White Swan” because a white reflective coating is applied to its plane. This is to protect the crew. Tu-160 can carry nuclear weapons, which after the explosion creates a bright fireball.

“The thermal energy of nuclear explosions is huge, reflecting part of this thermal energy, the crew, at least theoretically, is more protected than otherwise,” writes Larson.

As features of the bomber, a variable sweep of the wing is noted, which provides him with better maneuverability at supersonic and low speeds.

“This is the only Soviet-designed bomber that does not carry any defensive weapons, although its enormous carrying capacity of 45 tons allows it to carry a dizzying array of conventional or nuclear weapons,” said Caleb Larson.

As we reported on November 28 last year Russia has assembled its first upgraded Tupolev Tu-160M strategic missile-carrying bomber and started its trials.

“On November 28, the first heavily upgraded Tu-160M strategic missile-carrying bomber was transferred from the production workshops to the flight testing station of the Kazan Aviation Enterprise for factory ground and flight tests,” the Russian MoD said in a statement.

“The possibility of deploying Kinzhal missiles on Tu-160 aircraft is being considered. The work on this option is due to be completed this year,” the source in Russian MoD said.