Iran urgently deployed dozens of missile systems on the coast of Strait of Hormuz
Read: 2593

An artillery attack on a second US military convoy in Syria
Read: 542 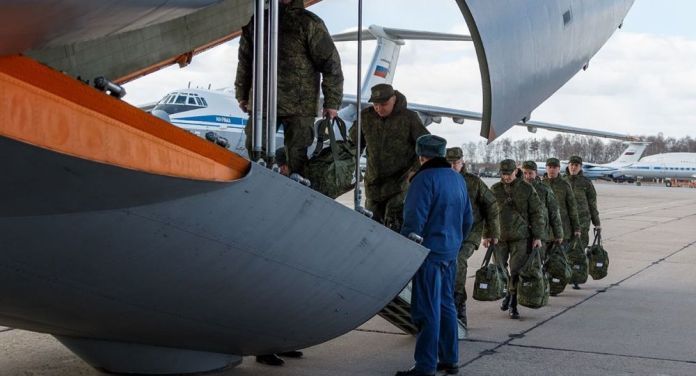 In less than 24 hours, Russia has brought together the stars of military medical science from across its European territory. Find out who they are and what they do.
EDNews reports citing Sputnik that the group to help Italy fight the coronavirus is made up of some 100 doctors and biologists of the Russian Ministry of Defense.
It is led by Major General Sergey Kikot, deputy commander of Russia’s radiation, chemical and biological defense troops. He is a leading specialist in the field of special treatment systems, worked in anthrax outbreak areas and participated in flood management, reports the Izvestia newspaper.
Colonel Alexei Smirnov is a leading epidemiologist, author of more than 70 scientific articles, who participated in the development of the Ebola vaccine.
Lt. Col. Gennadi Yeremin participated in the fight against African swine fever and FMD, while Lt. Col. Viacheslav Kulish is a developer of protective agents against harmful biological agents of a viral nature. He participated in the creation of medicines and vaccines against plague and Ebola.
Lt. Col. Medical Service Alexandr Yumanov helped deploy a mobile hospital in Guinea as part of an international program to combat Ebola.