An artillery attack on a second US military convoy in Syria
Read: 966

Team of specialists from Russian armed forces arrives in Armenia to assist in struggle against COVID 19
Read: 622

“If we wait pandemic to appear, it will be late to prepare - George Bush warned of next Pandemic - VIDEO
Read: 456 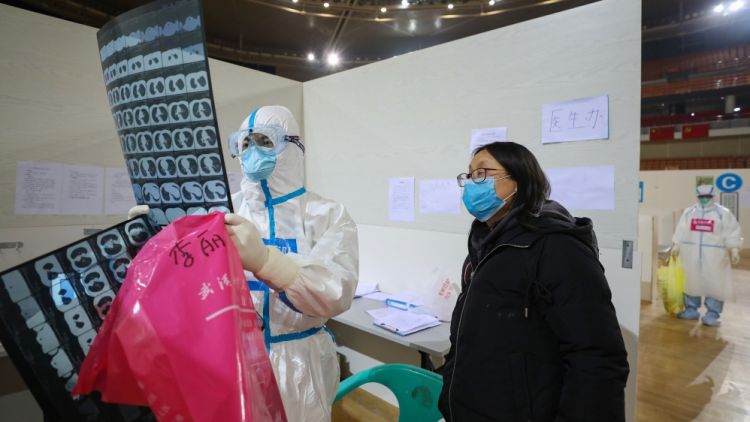 Mainland China saw a drop in its daily tally of new coronavirus cases, reversing four straight days of gains, as the capital Beijing ramped up measures to contain the number of infections arriving from abroad, EDNews reports citing France 24.

China had 39 new confirmed cases on Sunday, the National Health Commission said, down from 46 a day earlier. All of them involved travellers arriving from abroad, many of whom are Chinese students returning home.

The city of Beijing expanded measures to contain imported infections, diverting all international flights arriving from Monday to other airports in other cities, including Shanghai and as far west as Xian, where passengers will undergo virus screening.

Beijing reported 10 new imported cases, the National Health Commission said on Monday, down from 13 a day earlier. Infections from abroad in the city hit an all-time high of 21 on March 18.

Shanghai and Guangzhou have also said all arriving international passengers will undergo tests to screen for the coronavirus, expanding a programme that previously only applied to those coming from heavily-affected countries.

Wuhan, center of COVID-19 went into a virtual lockdown on Jan. 23 to contain the spread of the virus to the rest of China

As of Sunday, the total accumulated number of confirmed cases in mainland China stood at 81,093.

The death toll from the outbreak in mainland China reached 3,270, up by nine from the previous day.