Iran urgently deployed dozens of missile systems on the coast of Strait of Hormuz
Read: 1152

US and its allies characterize Chinese and Russian aid as a political ploy to garner influence - US expert-Exclusive
Read: 1072 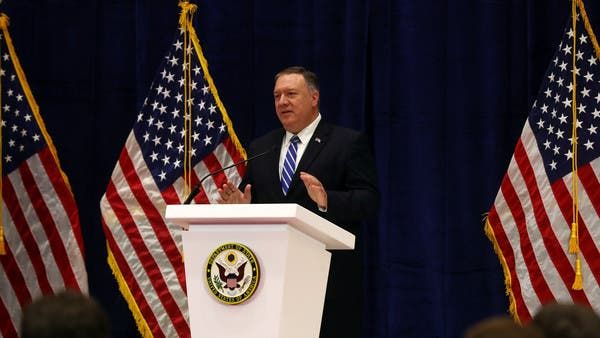 Pompeo was set to meet with Afghan President Ashraf Ghani along with his archrival Abdullah Abdullah, who also claims the presidency, following a contested election last year.

The visit comes just a day after the Afghan government and the Taliban held their first discussion on arranging prisoner exchanges – a key step in a broader push for peace following a withdrawal deal signed between Washington and the militants last month.

The agreement established a framework for bringing to an end America’s longest war following the invasion of Afghanistan in 2001.

American envoy Zalmay Khalilzad, the lead negotiator in the Taliban talks, tweeted Sunday it was “urgent” to quickly conclude plans for the prisoner swap – as called for in the US pact with the Taliban – with the coronavirus pandemic complicating diplomatic contacts.

The deal called for the release of up to 5,000 Taliban fighters held by Kabul, and up to 1,000 members of the Afghan government forces in insurgent hands.

That was meant to take place before the start of peace talks between the government and the Taliban, originally set for March 10.