American expert - Racism is a fundamental to the Western approach to Africa
Read: 1051

An artillery attack on a second US military convoy in Syria
Read: 1014

Team of specialists from Russian armed forces arrives in Armenia to assist in struggle against COVID 19
Read: 873 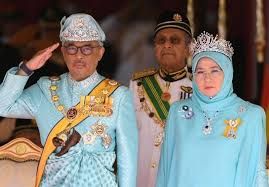 However, they decided to go on self-quarantine for 14 days, beginning Wednesday, Ahmad Fadli said.

As for the seven workers, Mr Ahmad Fadli said they are in stable condition, The Straits Times reported.

Malaysia currently has the highest number of coronavirus cases in South-east Asia. The number of infections grew by another 172 yesteray to 1,796, more than double the 673 tally just a week ago. Deaths have climbed from two to 21 in the same period.